Thousands of gallons of gasoline spill in Niles

More than 19,000 gallons of gasoline spilled in Niles Saturday morning. Officials say the spill happened between two pipes as gas flowed from a giant tank on its way to the truck. Officials say the cause was a failure in the piping system.

The spill happened around 8:45 a.m. Saturday along 3rd Street, between Bond and Fulkerson, just south of downtown Niles. That area is known as “Tank town.”

"It was spraying probably a 6-foot diameter of gasoline out onto the ground,” said Gary Brovold, Niles Charter Township Fire Chief.

The spill didn't come under control till just before 10 a.m. Firefighters used foam to try and contain the gasoline and control the fumes.

As of Saturday afternoon 3rd Street was shut down between those two roads as crews worked to clean up the spill.

Nobody was injured or taken to the hospital as a result of the incident.
Still, for those whose backyards border on the gas tanks, the spill is alarming.

"We've always been nervous about that, since we've lived here it's always been one of our biggest concerns is gas tanks that are right next door to us,” said Robert Bell, who has lived in his Niles home for 12 years.

The tank that would have fueled the truck held nearly 700,000 gallons of gas – and any sort of spark could have either ignited the spilled gas or somehow reached the tank itself.

“It would just level everything that was here, I mean you look at 700,000 gallons,” said Bell.

“I mean that's got to be one heck of an explosion,” he said.

Firefighters say spills like this do happen from time to time—but this is the largest in many years.

A spokesperson for Buckeye Partners L.C. says they are on site cleaning the gas. After that the focus will shift to soil remediation.

The company spokesman says he’s not sure how the spill happened between the two pipes. Spills like this one are a rarity, but they have happened in the past, he added. 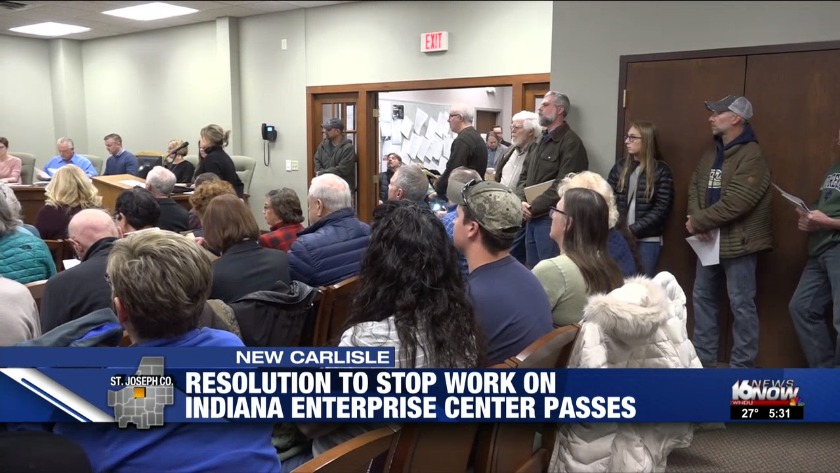