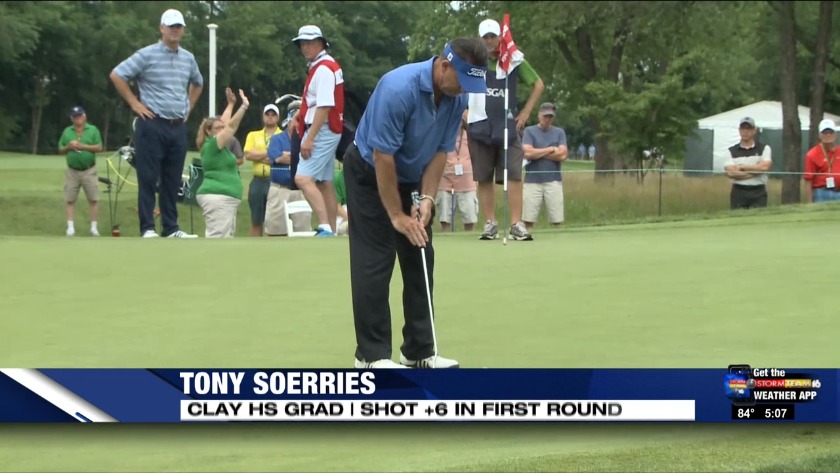 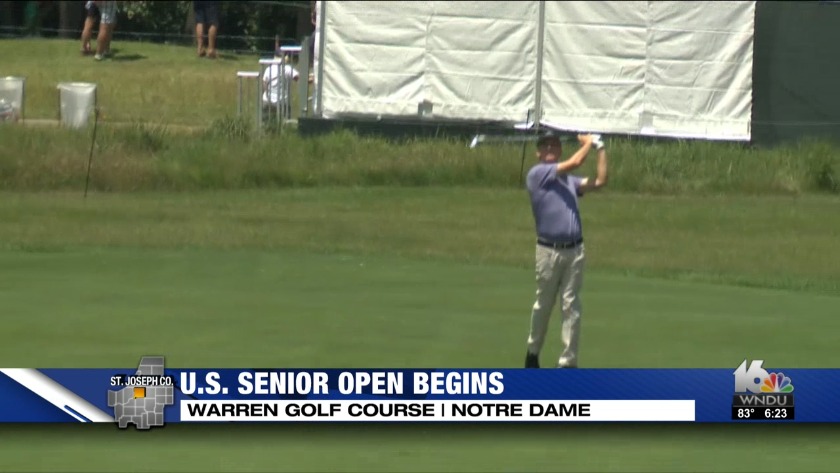 David Toms ties for US Senior Open lead after first round 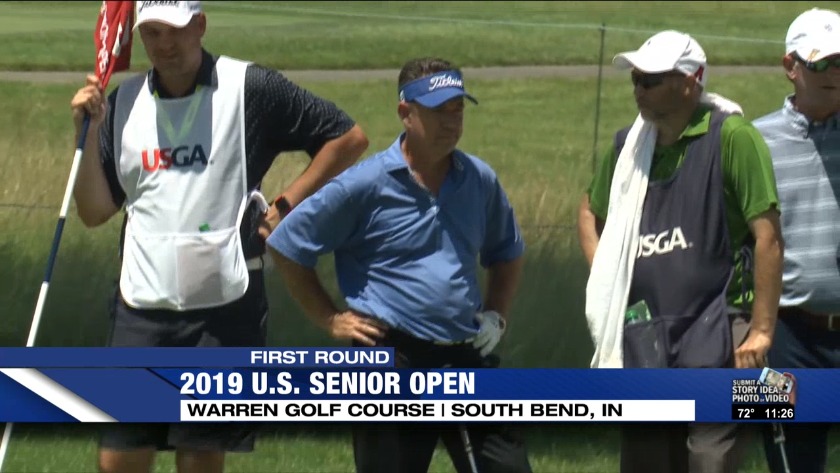 Round 1 of the US Senior Open is in the books

It began with a special moment, as Indiana native Chris Smith hit the very first shot of the tournament.

"I was fine until I heard 'Peru, Indiana,'" Smith said. "I am really proud of Indiana, and when I heard that, it was just like, 'Oh,' and I really, honestly thought I was going to start crying, so I just got up and hit it as fast as I could and got off of there."

That first shot was the highlights of Smith's round, as he trudged to a 76 (+6) in the first round.

Smith is tied with Clay High School grad Tony Soerries, who faltered down the stretch, bogeying three of his final six holes to drop to +6.

He said he was disappointed with his play, but still thrilled to be playing for a major championship in his hometown.

"I can play better than I did," Soerries said. "I'm disappointed right now, but appreciate all the support. So many people came out today, it was awesome, all sorts of well wishes. Wish I would have played better for them."

"I've been floating on air since Sunday when I got in," he added. "Been overwhelmed, tried to respond to the texts and good wishes that I've gotten - done a poor job of that, that would've been a full-time job. I've had a great week. Regardless of the scores, it's been a great week."

Vijay Singh already has a couple majors to his name, and he got out to hot start, tallying birdies the first three holes of the tournament to kick off a round of five-under 65, which has him tied for fifth.

I felt pretty happy considering the way I felt and the way I warmed up to the week," Singh said. "It wasn't very pleasant but a good start like this can keep it rolling. Keep the blood flowing."

But the most memorable performances came from Steve Stricker and defending champion David Toms.

Both are tied for the lead at -8, and the score of 62 tied a U.S. Senior Open record, as well as the course record.

Toms birdied the final four hours of his round, which gives him plenty of confidence heading into Friday.

"It's a great round in a major championship," Toms said. "I have to take confidence away from that. I haven't been able to make putts consecutively during a round very often this year, and to do that, it gives me some confidence with the putter. You don't expect those things, but a little shot of confidence always helps."

The second round begins Friday morning at 7:30am.