As a big-time table tennis player, the sport has taken him all over the globe.

“I played all over Europe. I played in all of South America, China, Korea. I even played in North Korea. Not too many people can actually say I spent three weeks in North Korea in 1979,” he said.

But 22 years ago, table tennis brought Seemiller to South Bend as the director of the South Bend Tennis Club. Now, teaching people the game he loves has become his passion.

“Well, you know, I love coaching and the experience I get helping them," Seemiller said. "I’ve got 30, 40 years of experience and I’ve learned a lot. Being able to transfer that over to them and they don’t have to work as hard and they can kind of get right on it.”

One of the players who has got right on it is Dion Payne-Miller and his approach is to mimic everything Seemiller does.

“When I first started playing I wanted to do everything like him,” Payne-Miller said. “And, of course, I have to be myself, but I’ve taken some of philosophies in the game and the sport and applied it to my own game.”

One of the biggest things Seemiller preaches to his players is to shoot for the stars.

“The dream is Olympics,” Payne-Miller said. “Hopefully, we’ll be able to do that someday.”

But just because Seemiller’s players dream big, it doesn’t mean he can’t, too.

“I play all the time,” Seemiller said. “I still love it. I’ve slowed down a little bit in the last few years, but I still believe I can do it and I really enjoy it. Matter of fact, I’m thinking maybe give a run for the 2020 Olympics. Give it a shot because it would be a lot of fun to try it.”

At the age of 64, Seemiller certainly isn’t lacking confidence.

He thinks he would easily defeat Forrest Gump in Table Tennis.

The group practices four days of the week and it isn’t just for children. Seemiller welcomes people of all ages to come and join the South Bend Table Tennis Club. 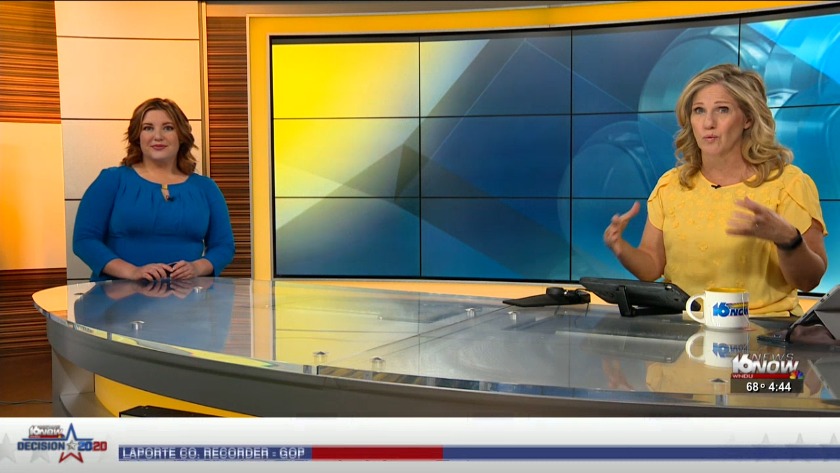