For the first time in her career, Destinee Walker recorded three straight games with 20 or more points, logging 21 on Thursday night. Walker scored a go-ahead layup with 1.8 seconds on the clock, but Boston College’s Emma Guy hit the heart-breaker under the basket after an advanced ball timeout.

Gilbert was the lone other Irish player in double figures with 10 points, marking her 22nd on the year.

The first half was highlighted by a strong defensive front by the Fighting Irish, limiting the Eagles to 6-of-34 (.176) shooting. Combine that with a big 18-3 scoring run in the second quarter and the result was a 32-21 halftime lead.

In the first, the Irish defense recorded a stretch in which they didn’t allow a Boston College field goal from 9:35 to 0:25, with the Eagles going 0-for-17 in said stretch. However, Notre Dame only went 4-of-16 from the field, and trailed 11-10 after the opening period.
Later down 13-10 at 7:26 in the second, the Irish offense took off, scoring 13 consecutive points over a four-minute stretch to garner a 23-13 advantage. Ultimately, the Irish fired off the 18-3 scoring spree in which Walker contributed 10 of the points.

Notre Dame began the third scoring 11 points from five different players, boasting its largest lead of the game at 43-28. Yet, the Eagles caught fire, ending the period on a 9-0 run, which included a trey at the buzzer to cut the deficit to 43-37.

Boston College then began the fourth on a 5-0 run, prompting a quick Coach McGraw timeout at 8:27. The Irish then ran into serious foul trouble at 7:49 in the fourth as the Eagles reclaimed the lead 44-43. Vaughn and Gilbert were sent to the bench with four fouls, while Brunelle, Sniezek and Cosgrove all possessed three.

The fourth quarter run extended to 11-0, prompting another Notre Dame timeout, trailing 48-43, with 5:47 remaining. Yet, the Irish recaptured the momentum with 3:31 left on the clock, as Brunelle connected on a three, followed by a Gilbert jumper a second later due to an Eagles foul on the prior trey.

Walker then came up huge with her third three-pointer of the game at 2:07, reclaiming the lead for the Irish at 53-51.

With 33.5 seconds remaining, it was Boston College ball with Notre Dame up 53-52. Out of the timeout, BC’s Georgia Pineau delivered a jumper from the elbow to give the home squad the lead. Out of the Notre Dame timeout, Walker missed a driving layup but grabbed the rebound and delivered the go-ahead basket with 1.8 seconds on the clock before the Emma Guy buzzer beater.

Tonight marked the 31st meeting between Notre Dame and Boston College. The Irish still lead the all-time series 24-7, with a 10-5 mark inside Conte Forum.

For the first time of her career, Walker has tallied 20+ points in three consecutive games. The grad transfer supplied 21 points tonight and has totaled 69 in the three-game span. Walker also leads the team with eight 20-point scoring games on the season.

Walker went off in the second quarter, where she totaled 12 of her 21 points.

Walker is now 7-of-13 from three over the last two games.

Gilbert continues to lead the team in double-digit scoring games, making it 22 on the year with 10 points. It also marked her seventh straight.

Sniezek took a charge in the third quarter tonight and now has an impressive 30 on the season.

The Irish complete a five-game swing in which four contests are on the road with a trip to No. 9 Louisville on Sunday, Feb. 16. Tip is slated for 3 p.m. ET inside the KFC Yum! Center, broadcasting live on the ACC Network. 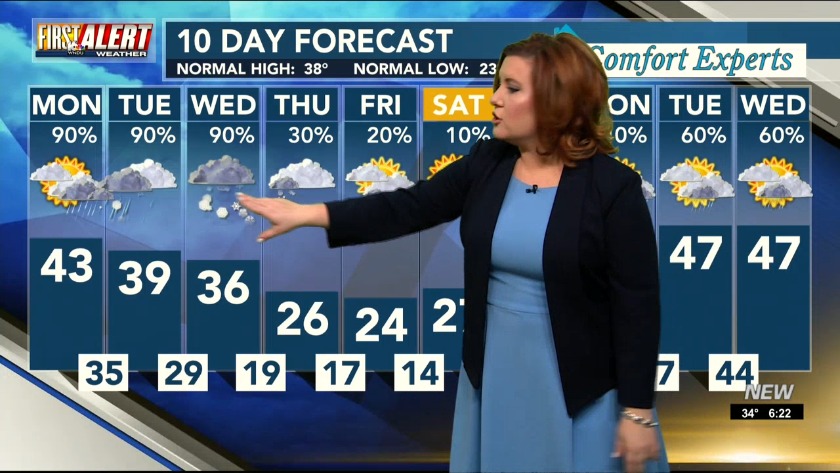