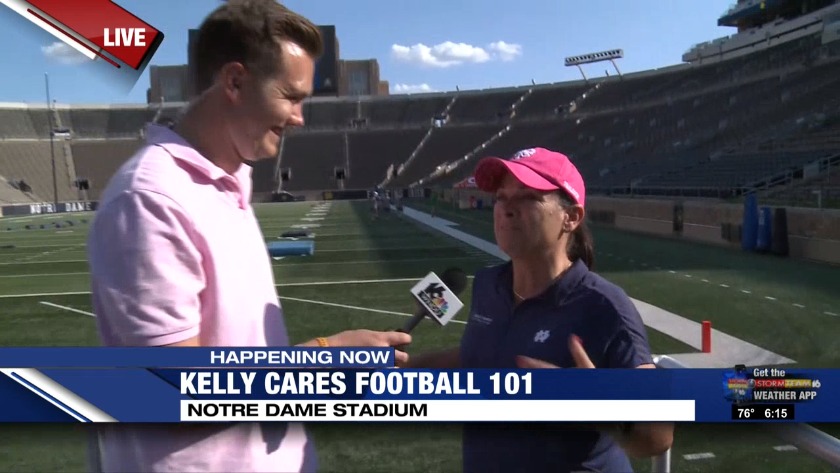 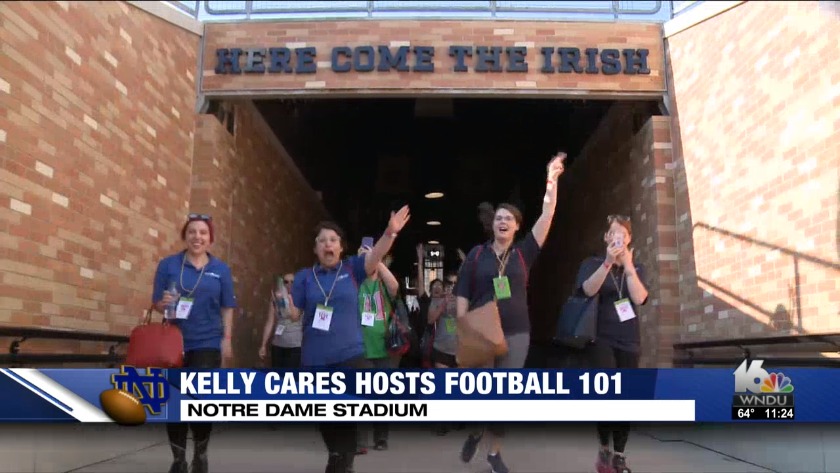 Football season is still a few months away, but on Tuesday night, around 350 women took the field at Notre Dame Stadium, all for a good cause.

It was the 11th-annual Football 101 event at the House that Rockne Built. Hundreds of local women came out to have fun, toss the pigskin, and show off their skills in front of Irish players and coaches, all in the name of charity.

The event was put on by the Kelly Cares Foundation, and the money raised will go to breast cancer research and awareness.

For Football 101 host and Kelly Cares co-founder Paqui Kelly, this night of football and fun is especially important to her, as the disease is one that has affected her and her family personally.

"For me personally, it's one of those things that I've gone through," Kelly said. "I get to see some people that are patients or prior patients that have gone on a journey or a walk that are similar to mine, so we have that shared experience. To know that - like when my sister went through it - to know that you finished, it's like finishing a marathon. I got to that endzone, that end line, and it's important."

The Kelly Cares Foundation has donated over $5 million since its creation in 2008.