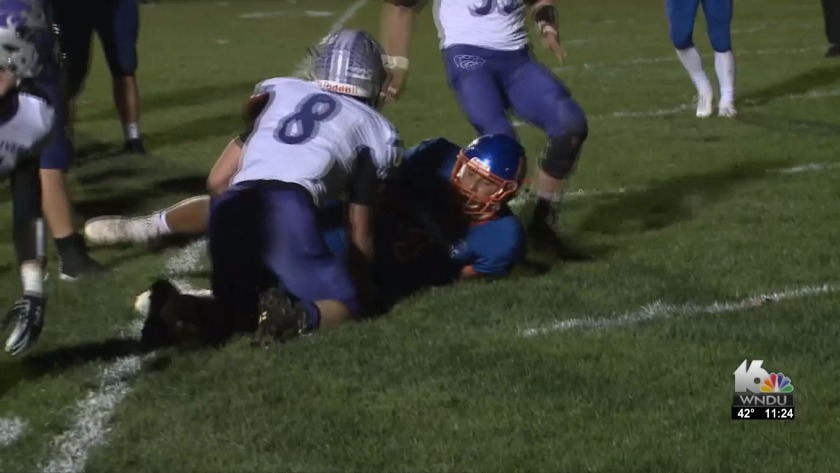 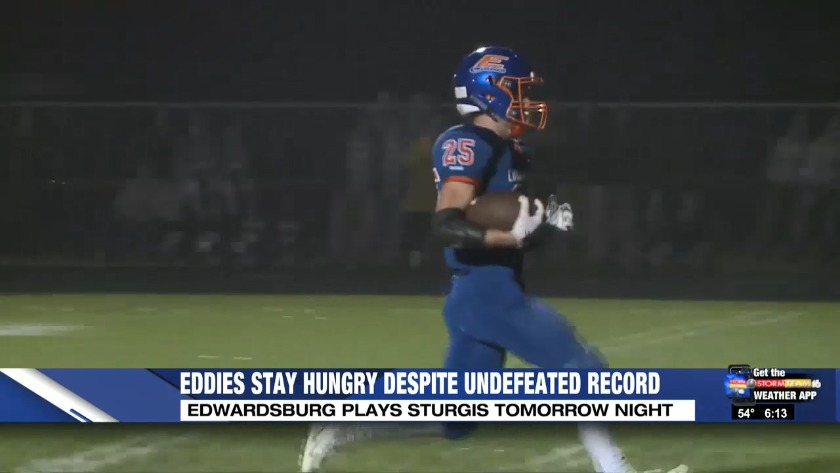 EDWARDSBURG, Mich. (WNDU) - The Edwardsburg Eddies currently sit at 8-0 and have dominated the competition this season.

On average, the Eddies defeat their opponents by almost 46 points per game.

"We just try to get that zero on the scoreboard," Eddies senior linebacker Dylan McColley said. "That's our goal every game as a defense and offensively we just want to put it in the end zone every time."

The Eddies smallest margin of victory is 16 points which was in last week's 38-22 win over Vicksburg.

"I think it's the mentality of the coaches," Eddies senior defensive end Noah Carrico said. "They always put us in the right mindset every week at the beginning of film to keep us in check and to make sure we get everything, do our work, do our job and have a good week of practice."

Even though Edwardsburg has been so dominant, it doesn't mean they are getting complacent with their results.

"Sometimes it's just reminding the kids that each day is going to be a different story," Eddies head coach Kevin Bartz said. "They've got to prepare for each opponent. Treat each one special and the kids have done a good job of that."