CMA falls in 3A state championship, 52-49, to Silver Creek 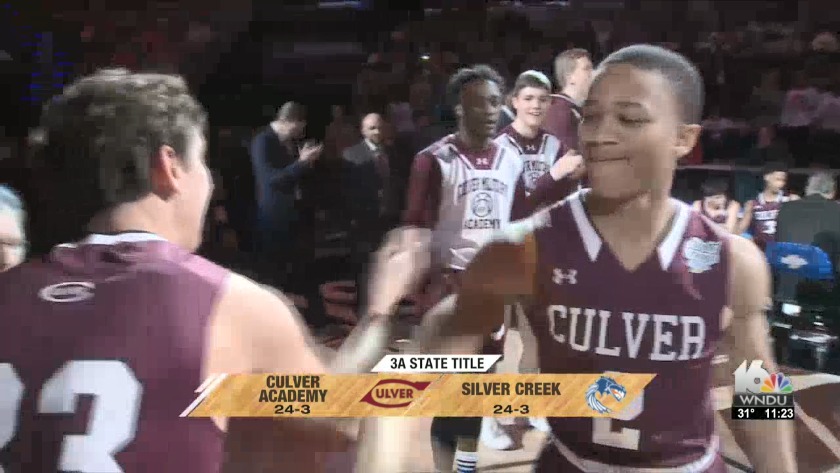 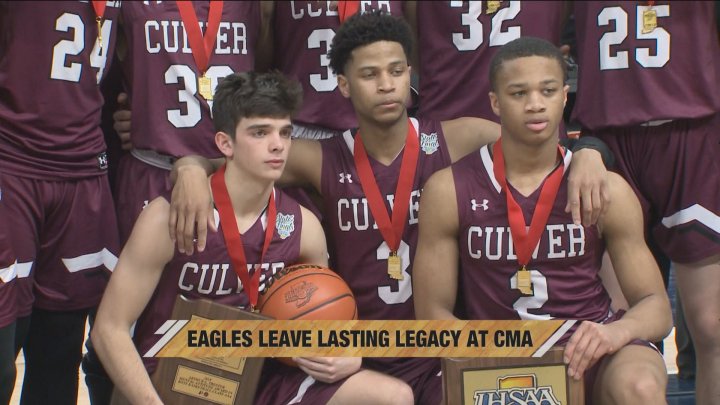 Indianapolis, IN (WNDU) -- For the second straight year, the Culver Academy basketball team made the trip here to Bankers Life Fieldhouse in Indianapolis for the state championship game.

Their mission? To go back to back.

The Eagles knew defending their crown wouldn't be easy - they would have to beat the Silver Creek Dragons, making their first appearance in the big game.

Silver Creek led 16-12 at halftime, but the scoring really opened up in the second half. At one point, the Dragons led 41-32, when Culver began making their comeback. Ethan Brittain-Watts hit a big three to pull CMA withing four with five minutes remaining.

Silver Creek responded as Kessinger finds Kooper Jacobi underneath. He finished through traffic to give Silver Creek the 50-53 lead.

But Britain-Watts had the hot hand for Culver. He made a beautiful reverse layup that cut the deficit to just two with 40 seconds left.

Silver Creek had a chance to ice the game with seven seconds left but Jacobi missed his foul shot. Trey Galloway collected the rebound, lost the ball, before Brittain-Watts threw up a prayer at the buzzer hoping to send the game to overtime, but it fell well short, as the Eagles fall in the state championship, 52-49, to Silver Creek.

CMA head coach Mark Galloway loved the Eagles fight back but says they didn't perform like they we capable of.

Culver Academies season ends in heartbreaking fashion at Bankers Life but Coach Galloway says the seniors laid the foundation for what Culver Basketball is all about.