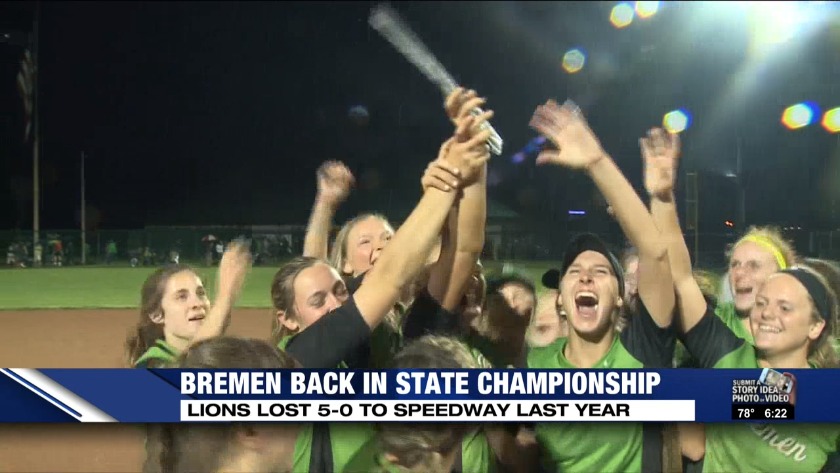 Bremen softball back in state championship 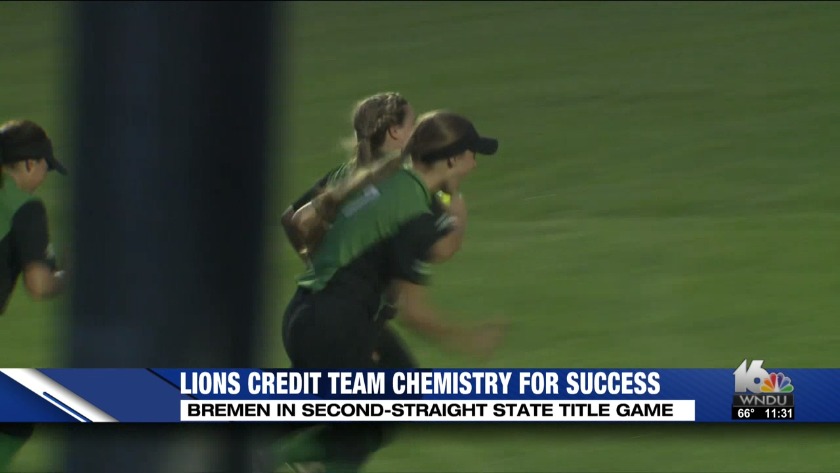 One year ago, Bremen saw their dream season end in disappointment at Bittinger Stadium, as the Lions were shut out 5-0 in the 2A state championship. A year later, Bremen is back, ready to rewrite last year's ending.

The Lions have used that loss to fuel them throughout this season. It has proven to be much more than just motivation though; it's also been a learning experience.

As the Lions once again play for their first ever softball state title, they believe they are much better prepared having gone through it one year ago.

"Last year we lost our composure and weren't as confident as we are this year," Bremen senior pitcher Kaelyn Shively said. "This year we know we have unfinished business, we've been there before, and we know that what we have to do is play our game."

"We were there last year and kind of got all our nerves out of the way," Bremen senior pitcher/infielder Caitlin Traxler said. "We know how it feels to be on the field, what the field feels like, so we just have been working on the little things. We're not as concerned about winning or losing, it's about doing our job, and most importantly just having fun while playing the game."

Bremen should feel good about their chances. They boast the best player in the state in Erin Coffel, and have a lights-out pitcher in Kaelyn Shively. The Lions, though, don't point to their hitting or pitching as the key to their success. Instead, they believe it's the team chemistry that has carried them through the playoffs.

"To have fun around each other is to show how trustworthy your teammates are," Shively said. "Just having your friends on and off the field, that just helps so much with the outcome of any game."

"Our chemistry if off the roof," Coffel said. "Every person on this team, we're all really close and we all hang out outside of softball. On the field, I think that just takes us to a whole 'nother level. Compared to last year, we are all so close on the field, we all know everything about each other."

Bremen will take on Tecumseh in the 2A state championship game Saturday from Bittinger Stadium at Purdue. First pitch is scheduled for 1:30pm.