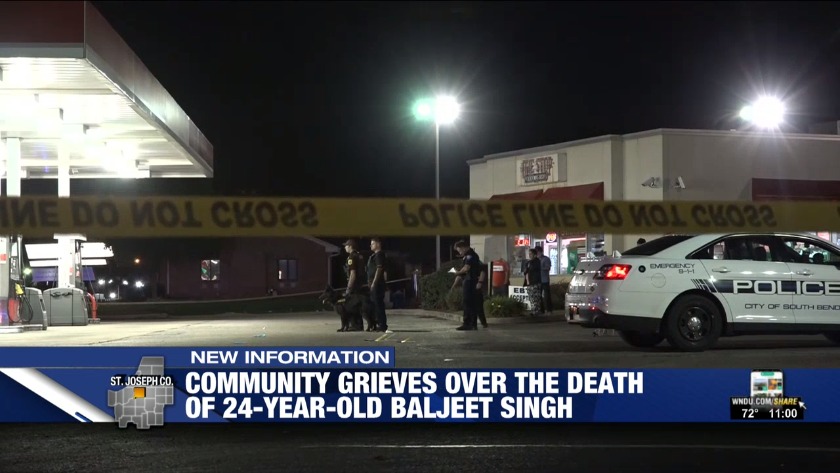 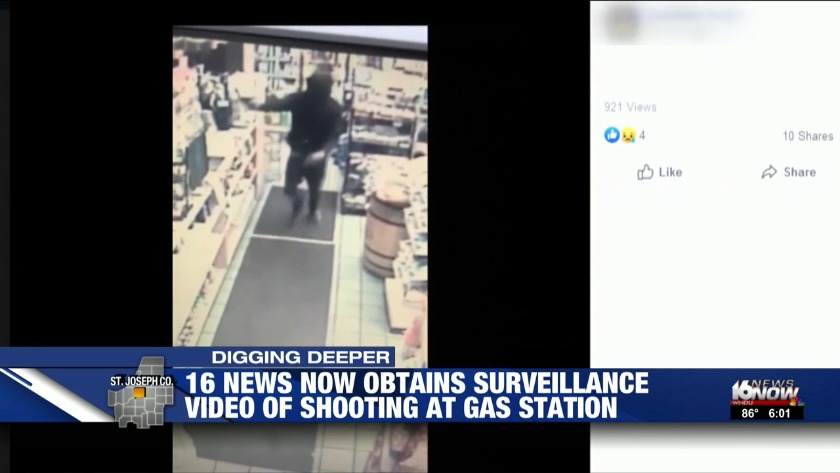 Baljeet Singh (right), a 24-year-old from South Bend, died in the shooting.

Officials have released a surveillance image as well.

"He was a good guy, and a very hard worker" Local Sikh Leader Sarwan Singh, says. "His family back there is very, very sad about that one"

Sarwan Singh is the President of Gurdwara Guru Nanak Darbar Sahib, a place of worship for Sikhs in Mishawaka.

"I was just really shocked," said Billi Jeane Wheeler, who knew Singh. "My first impression was to just call down here and find out what was going on.

He was transported to the hospital, where he later died.

An autopsy was conducted Friday morning, and it was determined that Singh died from a single gunshot wound to his chest.

"I was literally here minutes before it happened, so I was like really like, 'Oh, that was really good for me to be able to not be in that situation,' but at the same time, like, I kind of wish I had been so we could have helped him better," Wheeler said.

This is the fifth shooting in the past week and the second shooting death in less than a week.

"Gun violence is a terrible plague on our society," South Bend resident Greg Downs said. "I think you're talking about a very, very few individuals, mostly gang-related, that are doing the majority of violence in our city."

"Mayor Pete [Buttigieg] has already tried doing the best that he could, or has he? I guess that's the question a lot of South Bend people are starting to ask, especially in this presidential race." South Bend resident Josh Williams said. "I don't mean to make it political, but it's a question that is being asked is when these shootings continue, what is being done by our local government?"

Police are still searching for a suspect.

On Friday morning, the suspect was described as a light-skinned black male, approximately 5 feet, 11 inches to 6 feet, 2 inches tall, with a thin build. He was wearing a dark hooded sweatshirt and jeans, white belt, and black and white tennis shoes. He was wearing a mask covering his face.

A Go Fund Me account has been set up for the family to pay to have Singh's body transported back to his family.

A service is scheduled in South Bend on Sunday at Palmer Funeral Home off Cleveland Road in South Bend. That visitation and service runs from 4-7 p.m.

If you have any information, please contact the St. Joseph County Metro Homicide Unit at 574-235-5009 or Crime Stoppers at 288-STOP.

Stay with 16 News Now on the air and online as we continue to learn more.