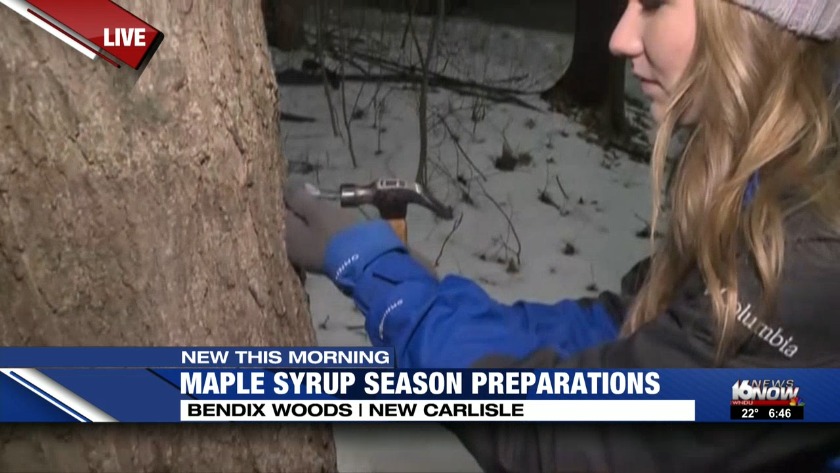 NEW CARLISLE, Ind. (WNDU) - Maple sugaring season is upon us, and Bendix Woods County Park in New Carlisle is in the midst of a busy season.

The park held its first tapping day of the season on Saturday, and they collected 100 gallons of sap.

It takes about 40 gallons of sap to make just one gallon of maple syrup.

But our warm January and the inconsistent temperatures have made it a unique season so far.

Tapping season takes place between mid-February and March, and sap needs above freezing temperatures to flow.

"We really won't know until our season is over and we have produced our maple syrup, but there is a possibility and chance that because it was warmer earlier in the winter, the trees could have started utilizing the sugars from the sap,” said Leslie Witkowski, Interpretive Services Manager for the park. “So the sugar content in the sap might not be as high this year."

Bendix Woods County Park has some fun events coming up including Maple Syrup by Moonlight on March 6th, and Sugar Camp Days on March 21st and 22nd.

'Work from Home Duck' teaches people how to cook the protein

'Work from Home Duck' teaches people how to cook the protein