RV industry is booming, but it isn't without concerns 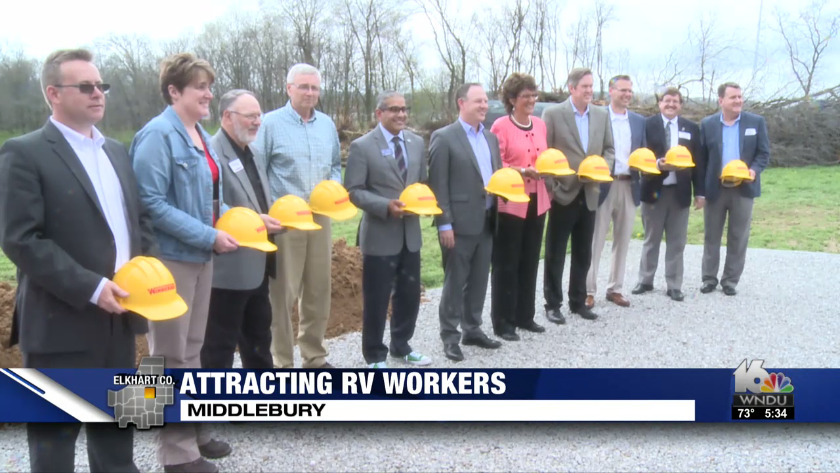 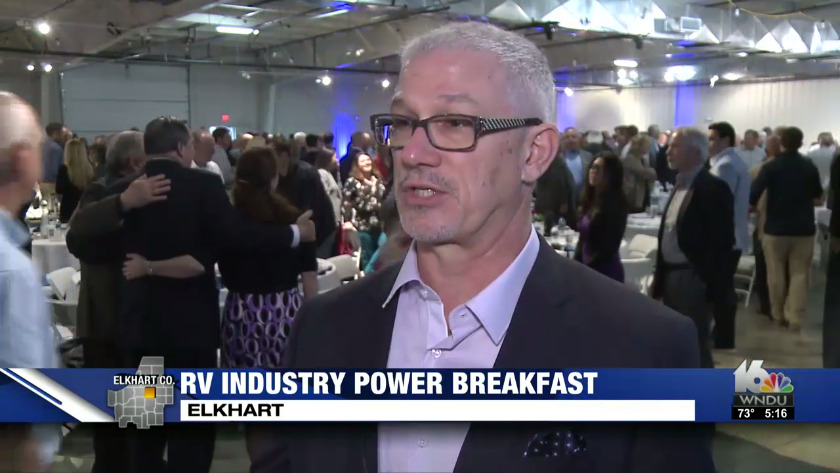 RV industry is booming, but it isn't without concerns

The RV industry big wigs got together Thursday morning for a pat on the back for how well the industry is doing.

It’s all part of the RV Industry Power Breakfast, which is a lot more about the power than the breakfast.

Senators, representatives and the heads of the industry have a lot to say about the momentum the RV industry has had in the last decade, but it isn’t all good news.

The industry is still growing, being 2 percent of the nations GDP, but it never seems to have enough people.

“This is a systemic issue within the entire country," RV Industry Association President Frank Hugelmeyer said. "Manufacturing sectors are not seeing as many people choosing that as a career. And you can make great money right now coming in either building RVs, going into the industry from a career choice. Or even repairing RVs at dealerships all around the country. We're trying to get that story out because every industry is trying to compete for technical labor and we're no different.”

So it's a little curious that Winnebago is bringing in 120 new jobs to its Middlebury campus thanks to a new towable operation building that just broke ground hours after the breakfast.

With this new towable operations facility being built, the Middlebury campus is increasing its workforce by nearly 50 percent. Winnebago agrees it's definitely a challenge. By living in the RV capital of the world, there are a lot of people trained for the job living nearby and possibly working at competing facilities. Their plan to get those jobs filled is to be the most attractive business around.

"As we're potentially gaining market share in the RV industry, we have the ability, at times, to potentially have some folks that used to work at some of the RV companies come to work for us," Winnebago Industries President and CEO Mike Happe said. "We get a blend of new employees. Of those who have been in the RV industry for a long time and those that are new to the industry as well. So it's always a mix. And again, as long as we're growing faster than the industry and taking share, we should have the ability to potentially attract more employees to our business."

If all companies are thinking like that, the issue is being solved with a struggle within the industry. But it's not just an internal problem that companies are facing.

The RV industry may not continue its incredible growth trend it's had the last 10 years.

There is the recent issue of tariffs placed on steel and aluminum, two key ingredients in the RV recipe.

Due to increased spending on those materials, the record sales each year has brought, might not be topped next year.

There's some trepidation about what the effects might be," Hugelmeyer said. "We're already seeing some profiteering in terms of the risk and the threats of those tariffs going into effect. We're obviously working with our legislators, the Trump administration to make sure that the RV industry isn't harmed."

So far, those concerns don't seem to be an issue though, as the tariffs haven't affected the industry in a major way. In fact, it's still growing at an exponential rate.

"Our numbers for March, which were record sales, we've topped over 50,000 units shipped in the industry for the very first time in the history of RVing," Hugelmeyer said. "And over the last 10 months, we've shipped over 40,000 10 out of the last 12 months. So it's been an incredible ride that we've been on. We're continuing to grow. The momentum is with us and the future is bright."

That bright future is something the industry leaders want to show to people who may be looking at a job in the industry. Even if the tariffs affect the cost of RVs, the industry is still doing very well for itself. For a long term solution to filling jobs, leaders want people to know there are ways to earn good money without going to college.