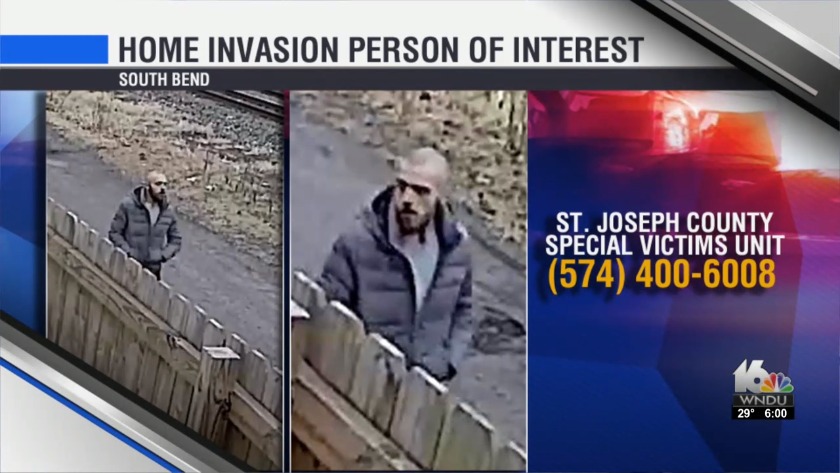 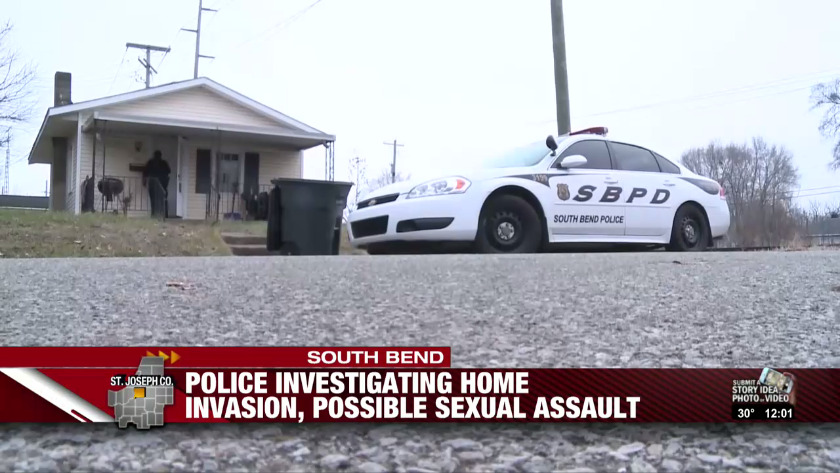 SOUTH BEND, Ind. (WNDU) - Police are asking for the public's help identifying a person of interest in connection with a home invasion and attempted sexual assault Wednesday morning.

Officials are on the lookout after the man allegedly invaded a home in the 500 block of 27th Street in South Bend.

The call came in around 8:50 a.m. Wednesday regarding a white man in his 30s with a shaved or short buzzed head, a short beard, a gray sweatshirt, blue jeans and old tennis shoes.

This case has been turned over to the St. Joseph County Special Victims Unit. If you have any information about what happened or can help identify the person of interest in the photos accompanying this story, please call SVU at 574-400-6008.

Home invasions happen, and some people think, "At least it's not me." But when a stranger is in your home and you don't know what they're capable of, it becomes the stuff of nightmares.

I watched a kid in the window looking at police officers walking by and into his house, seemingly unfazed by what had just happened. His mom, off camera, was clearly much more distraught.

Tears streamed down her face as she remembered what she woke up to -- a man, a stranger, in her home, with a gun, trying to sexually assault her.

Imagine that for one minute. You get up to have breakfast with your kids, and instead you find someone wanting to cause you, and possibly your family, harm.

A lot of neighbors have put themselves into that family's shoes and say, while most of them have felt safe, they're making sure they stay even safer in the future.

"That would be terrifying, trying to figure out how to get out of a situation like that with my kids in the house," Neighbor Tammika smith said. "Like I said, I've got us pretty much covered. I'll make sure everything is locked and closed."

Some people may never have to worry about a stranger breaking into their house, but after seeing what happened to one family who probably never expected it, why take the risk?

Right now, the victim is being treated at a local hospital.

Again, if you have any information about what happened or can help identify the person of interest in the photos accompanying this story, please call the SVU at 574-400-6008.