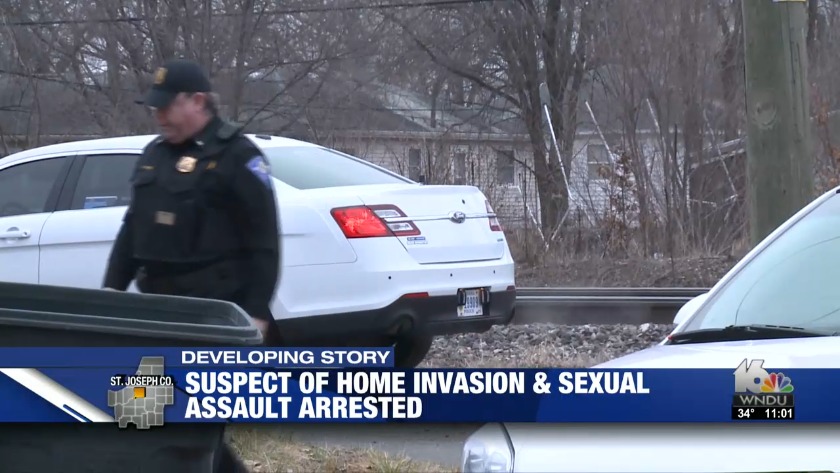 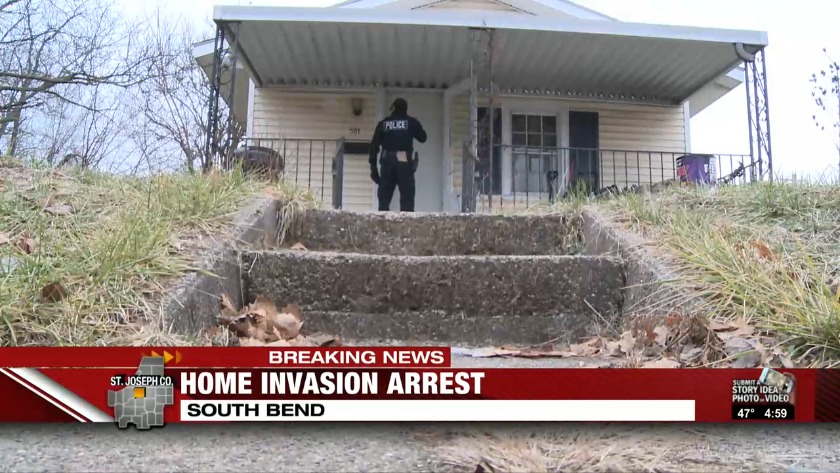 “He woke her by assaulting her and she noticed that he had a handgun,” St. Joseph County Prosecuting Attorney Ken Cotter. “She was able to retrieve that handgun from him. It's in the probable cause affidavit. Ultimately, [she] pointed the gun at him and he fled the home.”

The victim's two children were in the home at the time and were not physically harmed. The victim was treated at a local hospital for her injuries

“She was strangled,” Cotter said. “She had internal injuries, but thank God she's going to be OK.”

Black has been charged with attempted rape, sexual battery, strangulation and burglary.

Cotter said Black and the victim did not know each other.

“I think that anytime you have a stranger who goes into a person's home and sexually assaults them, that's a legitimate concern that I think people in our community have,” Cotter said.

Investigators were able to track down Black through a neighbor's surveillance camera that showed Black entering and leaving the home.

“This shows exactly why good technology can help solve a crime,” Cotter said. “Without that, it would have been totally impossible to track him down.”

Cotter also said once photos of the then-unidentified suspect were released, police received dozens and dozens of calls that ultimately led them to Black.

“To the community of St. Joseph County, the city of South Bend, thank you for all of the work you put into this,” Cotter said.

Black is due in court for his initial bond hearing Monday, Jan. 7, at 1 p.m.

If Black posts bond, the state has already requested a no-contact order to protect the victim.