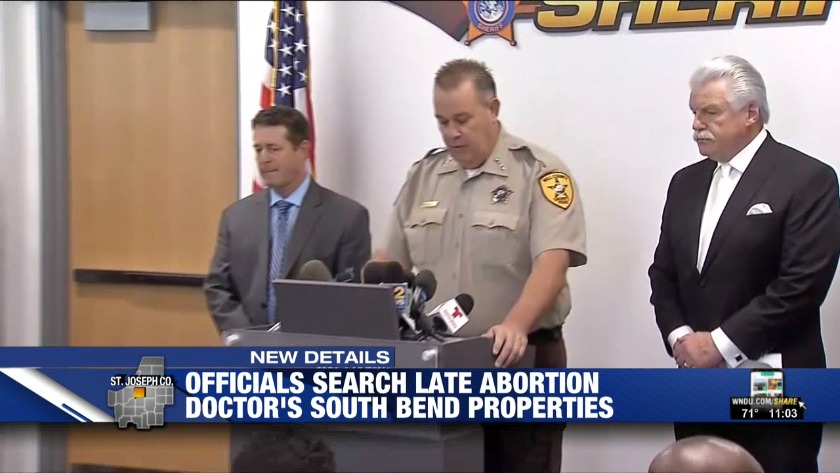 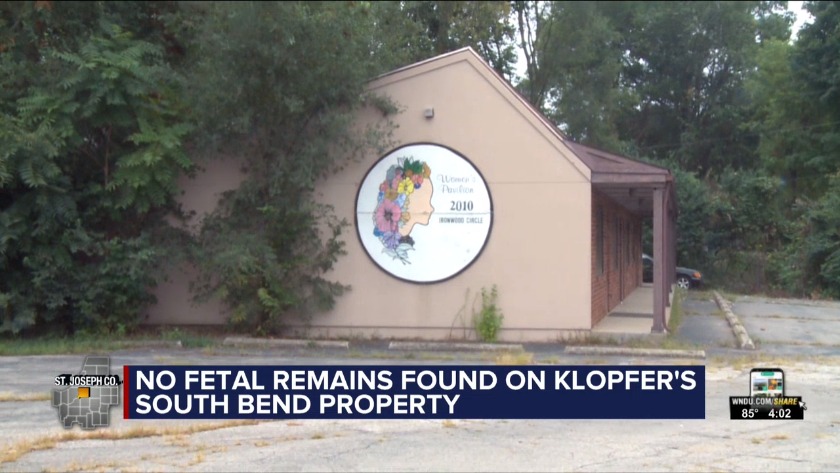 SOUTH BEND, Ind. (WNDU) - Two separate news conferences were held Thursday regarding the investigation into a late abortion doctor's former clinic -- one in front of the former Women's Pavilion in South Bend and the other in Illinois with Will County authorities.

The two conferences were held to discuss updates as authorities in both locations look into fetal remains discovered on a late abortion doctor's property.

On Thursday, St. Joseph County officials revealed that they are searching the Women's Pavilion and a vacant lot in the 1200 block of Lincoln Way for fetal remains.

"At this point, I can tell you there are no fetal remains here. They're still investigating, still looking, but there does not appear to be any fetal remains here," St. Joseph County Prosecutor Ken Cotter said. "They are also, meaning the AG's office, is also reviewing to determine whether the appropriate disposal and review of medical records was conducted."

The search included using dogs to search the properties.

"We had cadaver dogs run through that [vacant] property, we checked a couple of different areas that may be appropriate or may be places where remains may have been buried," Cotter said. "There were none. It is very clear that that has been a vacant lot."

In addition to his practice in South Bend, Klopfer provided abortions in Gary and Fort Wayne.

Meanwhile, at a press conference in Illinois, Will County authorities said the fetal remains found at Klopfer's house were from abortions he did between 2000-2002. They also said there was no evidence that abortions were formed on his property.

Authorities said the fetal remains will be sent to Indiana.

“The remains that were discovered were inside small, sealed plastic bags, which contained formalin, a chemical used to preserve biological material. … I can tell you the 31 years I’ve been doing this job, I have never seen anything like this, ever. It is a strange, one of those once-in-a-lifetime things," Will County Sheriff Mike Kelley said.

Stay with 16 News Now on air and online as we continue to follow this developing news story.