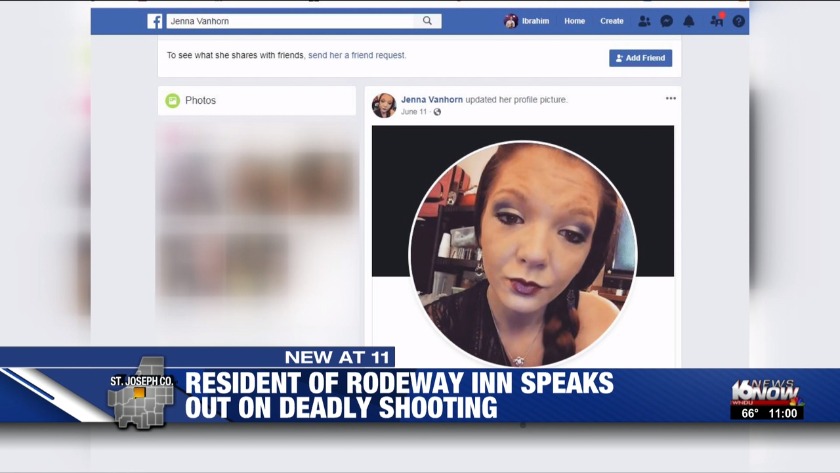 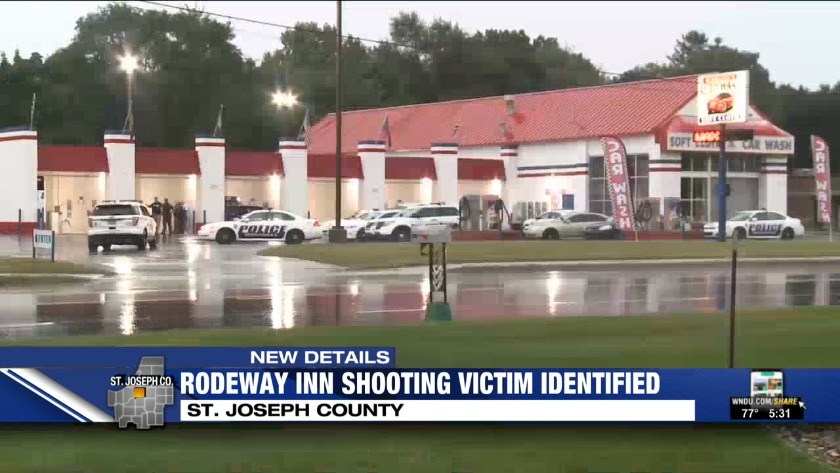 That's in the 50000 block of State Road 933, between Cleveland and Darden roads.

Police were dispatched at around 3:45 a.m. to a call of a naked black man shooting a gun in the hotel parking lot.

When officers arrived, they found a woman dead in one of the rooms.

She was identified Monday afternoon as Jenna Lynn Vanhorn, a 22-year-old from South Bend.

An autopsy was conducted Monday, and the forensic pathologist determined Vanhorn's cause of death to be gunshot wound and the manner of death to be homicide.

Paul Cousins said he lives at Rodeway Inn and was about five doors down from the incident.

"I saw a guy come out of a room firing two more shots and that's when I realized it was a gun," Cousins said.

Cousins also claimed the suspect fired four more shots into a window before he took off running.

"I didn't know him. He had certain tattoos around his body," Cousins added.

16 News Now went back to Rodeway Inn Monday and asked to speak to the owner about this report. He apparently lives out of town, but we left our card.

As of late Monday afternoon, no suspect has been taken into custody.

Anyone with information regarding this investigation is asked to call CMHU at 574-235-5009 or Crime Stoppers at 288-STOP.