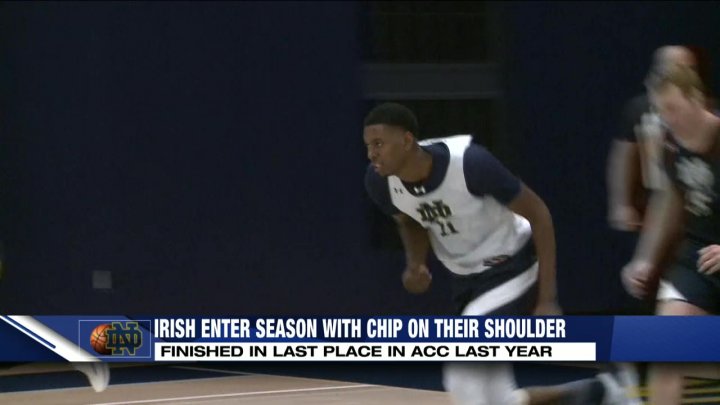 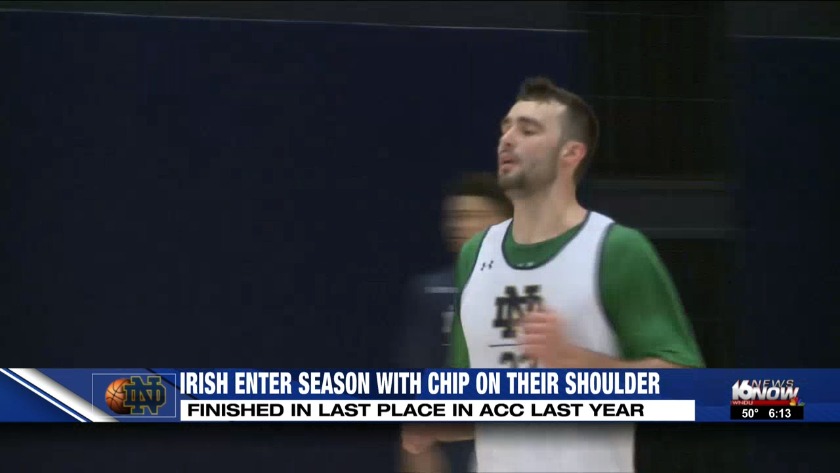 Irish men's hoops enters season with chip on their shoulder

SOUTH BEND, Ind. (WNDU) - The Notre Dame men's basketball season is right around the corner. Three weeks from Wednesday night, the Irish will play in their season opener on the road at Chapel Hill against North Carolina.

The Irish feel like this season will go a lot better than last year.

"I think realistically we've got a shot at the ACC Championship, first in conference," Irish guard Dane Goodwin said. "It's not going to happen without a bunch of things coming together. One of those things is we have to come together as one. We've got to play as a team at all times and I think we are on our way."

Last season, Notre Dame finished in last place in the ACC and was picked by the media to finish seventh in the conference this year.

The Irish feel like they will play better than that, mostly due to the fact that everyone from last year's roster is back.

Captain Rex Pflueger is progressing quickly from ACL surgery and should be back soon, and Irish forward John Mooney returns after leading the conference in double-doubles a season ago .

"I've seen everybody coming back stronger and better," Irish forward Juwan Durham said. "They are all making shots. I'm doing my part as well. I feel like we are going to do a great job this year."

The Irish believe with everyone returning and several stars leaving other ACC schools, they could prove a lot of critics wrong this season.

"Coming off of a disappointing year last year, no one is giving us a shot," Mooney said. "We have to play with a chip on our shoulder, and that gives us a little extra motivation to get the job done and prove these people wrong."

Notre Dame opens its season on the road at North Carolina on Nov. 6.