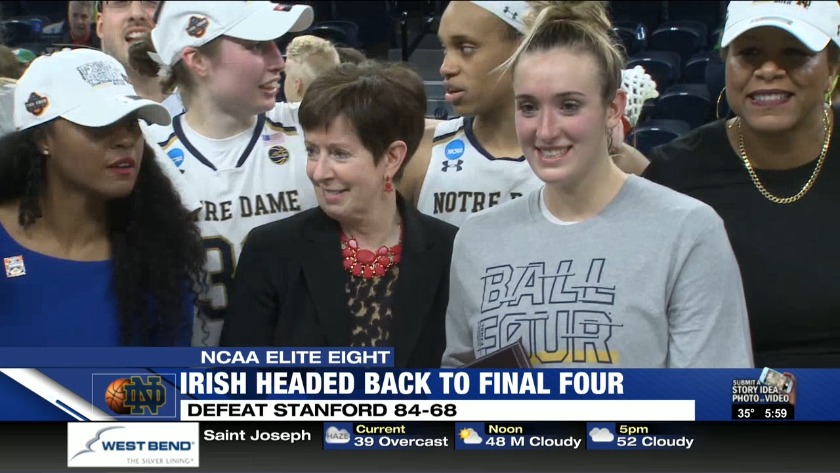 Notre Dame beats Stanford to get back to Final Four (Pt. 1) 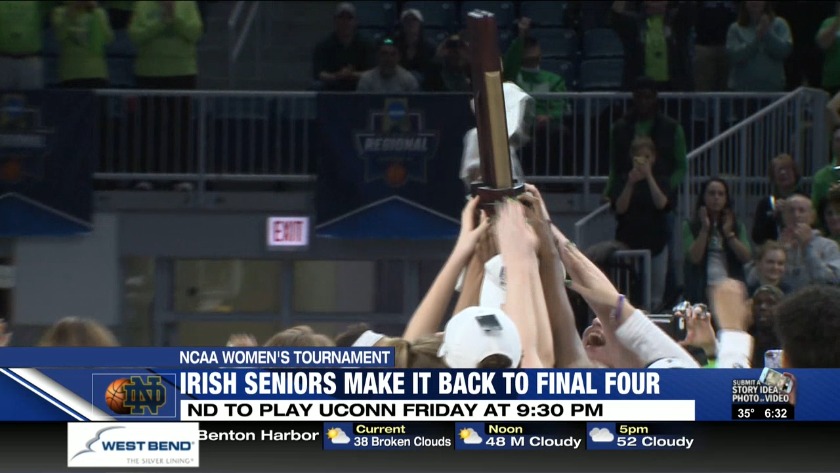 Notre Dame beats Stanford to get back to Final Four (Pt. 2) 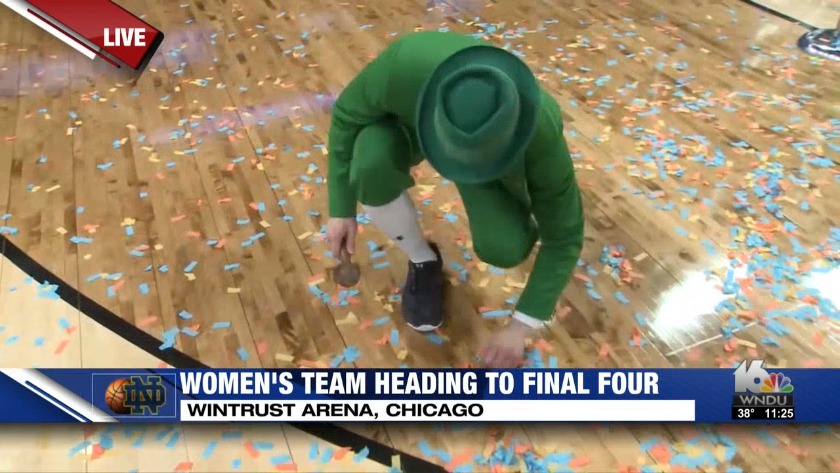 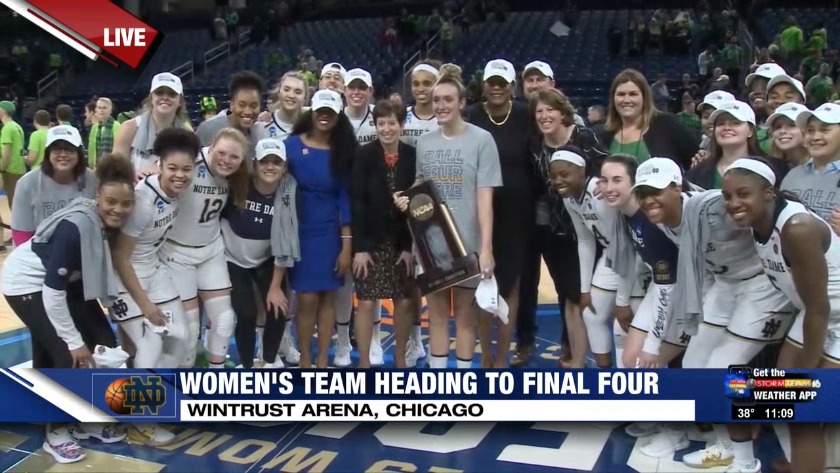 CHICAGO (AP) - Jackie Young scored 25 points and grabbed 10 rebounds to lead defending national champion Notre Dame back to the Final Four with an 84-68 victory over Stanford on Monday night.

The Fighting Irish are headed to the Final Four for the ninth time and will face UConn in Tampa Bay on Friday in a semifinal rematch from last year. They beat the Huskies and Mississippi State on last-second shots by Arike Ogunbowale to claim their second NCAA title.

Young scored seven points in an 11-2 run to end the third quarter that gave Notre Dame a six-point lead.

Ogunbowale finished with 21 points on 6-of-19 shooting, and the Irish pulled away in the second half for their 13th straight win after struggling to get their high-powered offense going.

Kiana Williams led Stanford with 20 points. Dijonai Carrington scored 18. Alanna Smith added 14 points and eight rebounds. But instead of advancing to the Final Four for the 14th time, the Cardinal came up short after winning their previous 12 games.

Tops in the nation in scoring at 89.2 points per game, Notre Dame struggled to get its offense going until that 11-2 run late in the third.

Young's scoop layup put Notre Dame on top 45-44 with just over two minutes left in the quarter. She also drove for a layup in the closing minute to get the lead back up to six after Carrington made two free throws for Stanford.

Young added two baskets early in the fourth before Ogunbowale tracked down a loose ball and broke for a three-point play, making it 59-48 with 7:47 remaining.

The game was just the sixth between two storied programs that each have Hall of Fame coaches and two NCAA championships. But it marked the fourth time in five years they were meeting in the Sweet 16 or Elite Eight.

Notre Dame beat the Cardinal in the regional semifinals in 2015 with Stanford returning the favor the following season. The Cardinal knocked out the Irish in the 2017 Elite Eight, wiping out a 16-point deficit in the second half on the way to a 76-75 victory. Smith scored the go-ahead layup with 23 seconds remaining and Erica McCall swatted a last-second drive by Ogunbowale from behind to send Stanford to the Final Four.

Stanford: After shooting a season-low 25% while outlasting Missouri State 55-46 in the Sweet 16, Stanford was a little better in this one at just under 40%. But the Cardinal didn't make enough baskets to keep the season going.

Notre Dame: Even though they were out of sync in the early going, the Irish did enough down the stretch to come away with the victory.