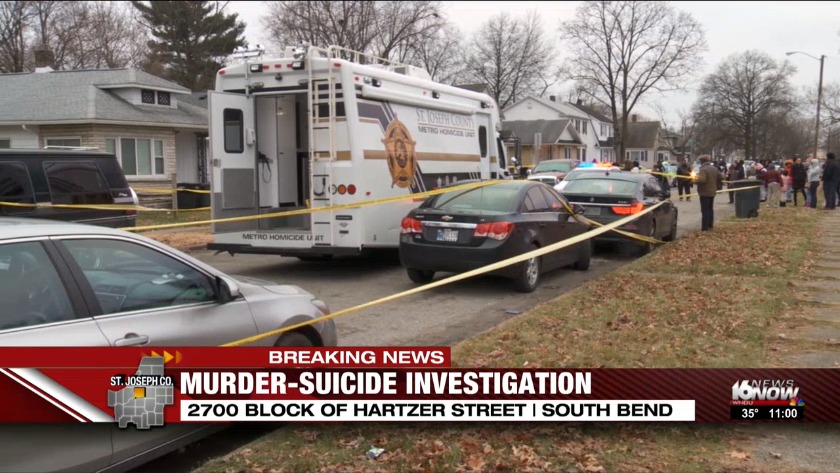 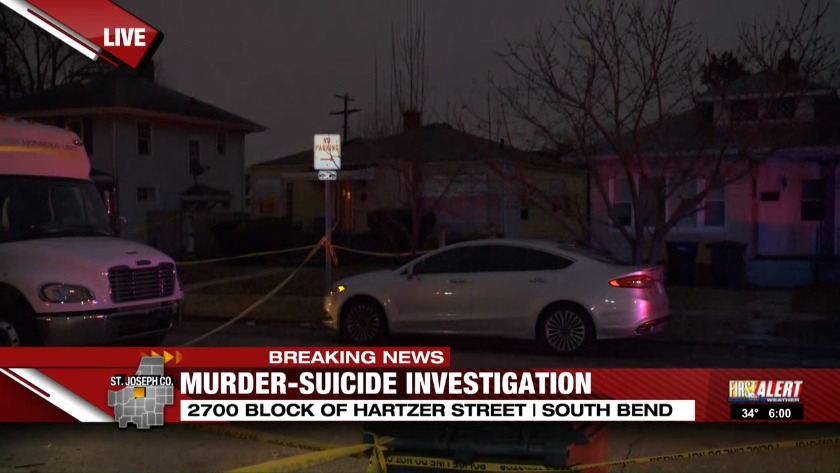 Emergency responders were called Monday afternoon to the home in the 2700 block of Hartzer Street in South Bend for a welfare check.

When police arrived, a relative reportedly authorized them to use force to enter the home, after which they discovered the bodies of 36-year-old Doneisha Jones and 37-year-old Tyson Crawford. Police say they were killed by apparent gunshot wounds.

"Tyson was a great guy and everybody loved him--and her too. Both of them were loved by a lot of people," relative Cynthia Crawford-Burton said.

Jones and Tyson Crawford were the parents of Tysiona Crawford.

Police reportedly received preliminary information that the deaths were the result of a domestic dispute between Tyson Crawford and Jones, but that has not yet been confirmed.

"It's devastating," Crawford-Burton said. "Nobody knows what happened at this point. We just know that both of them are dead. The mother and the father of Tysiona Crawford is dead."

Autopsies have been scheduled for Wednesday in Fort Wayne.

"Been a busy start to the year. The ending of last year has been very busy because of the car in the pond. We've all been involved in that, so it's been a tough year," St. Joseph County Coronor Mike McGann said.

The St. Joseph County Metro Homicide Unit, per protocol, has been activated to investigate. Anyone with information is encouraged to contact Metro Homicide at 574-235-5009 or Crime Stoppers at 288-STOP.

In June 2019, Rahim Brumfield was sentenced to 60 years in prison for the murder of Tysiona Crawford.

In January 2018, Brumfield, who police say was Crawford's ex-boyfriend, fired 17 gunshots into Crawford’s vehicle as she was driving in South Bend.

This led to Crawford crashing her car into a home a couple blocks away.

Crawford was a senior at Washington High School, according to a family member.

Brumfield was sentenced to 55 years for murder and an extra five years for a firearm sentencing enhancement.

Crawford’s family said at the sentencing that there's no number of years in prison that could justify the murder.

Student reunites with paramedics after dog attack, gets special award

Student reunites with paramedics after dog attack, gets special award