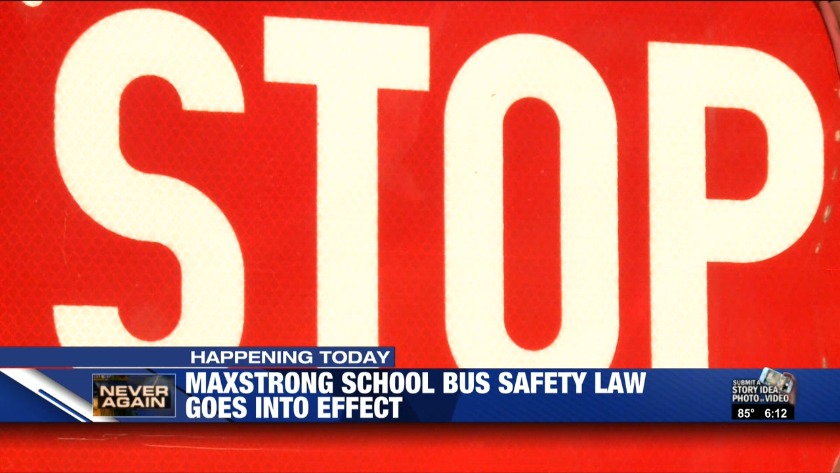 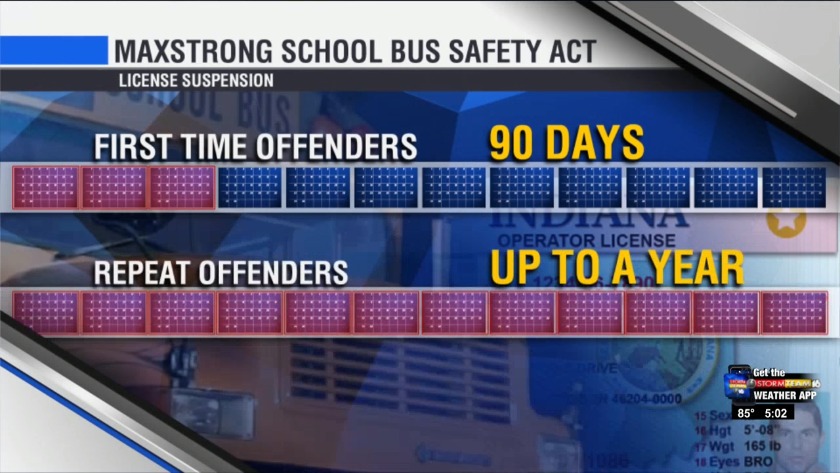 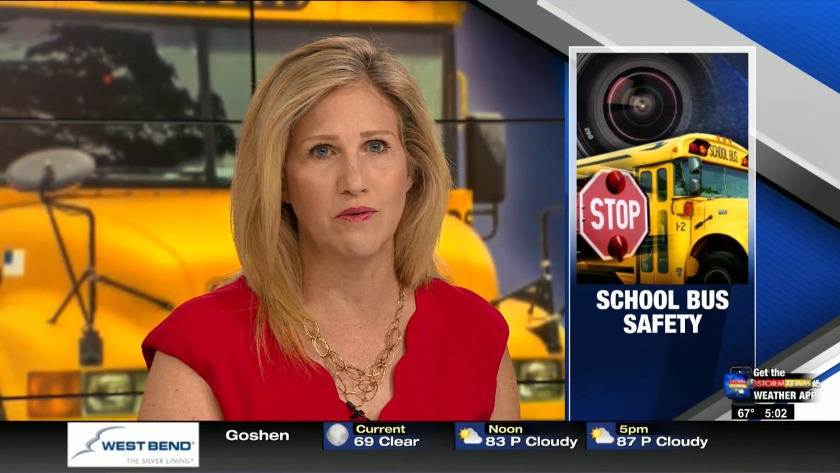 The MAXSTRONG school bus safety law, which was inspired by three siblings who died at their Fulton County bus stop, went into effect Monday.

Gov. Eric Holcomb signed the bill into law in May.

Alivia Stahl and her twin brothers, Mason and Xzavier Ingle, were struck by a truck as they were crossing a state highway to board their school bus in October 2018.

The bill that resulted from the tragedy aims to be tougher on drivers who violate bus stop arms and fail to stop for school buses.

NewsCenter 16's Tricia Sloma covered the legislation from start to finish and has a closer look at increased penalties for violators.

Below are the top three changes that went into effect Monday:

Increased penalties for violators
Passing a school bus illegally moved from a Class B misdemeanor to a Class A misdemeanor. So, depending on the charge, violators could see jail time and be fined up to $10,000.

Also, for a first offense, you could lose your license for 90 days. Repeat offenders could lose it for a year.

Drivers who commit a violation that results in an injury will be charged with a Level 6 felony. They could see jail time of up to 2 1/2 years and a fine of up to $10,000. Drivers could also lose their license for up to 2 1/2 years.

If a violation results in death, the charge is a Level 5 felony. That could result in two to five years in jail and a fine of up to $10,000.

Stop arm cameras
The new law allows schools to petition their counties for money to pay for cameras using funds collected from penalties.

Scammers pretend to be from Michigan State Firemen's Association

Scammers pretend to be from Michigan State Firemen's Association