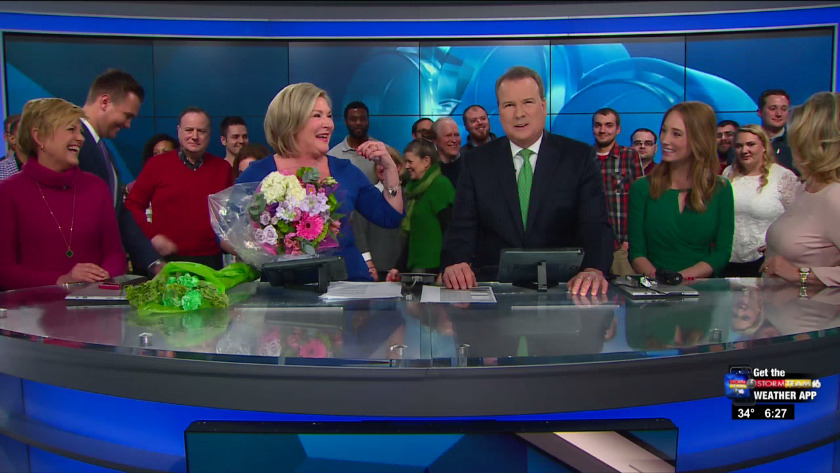 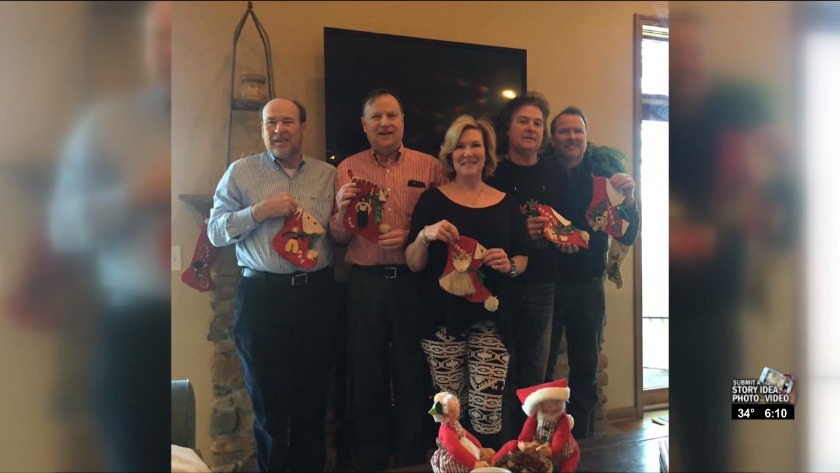 While her incredible career comes to a close at the end of the show, her impact on Michiana is everlasting.

"What will you miss most about this job?" asked Terry McFadden, Mo's younger brother.

"I think just being caught up in that every day, the news," Mo said. "We come in every day and it's the same desk, same station, but it changes every day. And while there's been a little too much of that lately, I think I will miss that everyday, 'OK, we've got, like, two minutes, we've got a new lead story and change everything up.'"

"You're going to miss the rush?"

"Yeah, the rush, because it's an adrenaline."

"What won't you miss about this business?"

"I think I won't miss the daily Monday through Friday. You know, I did the late show for 28 years while my husband and I were raising kids and slept in shifts. I won't miss having to ask how many [paid time off] days I have left so I can see my children."

Mo and Jim, her husband, will now have plenty of time to visit their three boys, now grown men no longer living Michiana.

The oldest, Ryan, is living in Wyoming. Patrick, the youngest, is in New York City. Conor, the middle son, is closest, living in Chicago, but that was after living in Brazil for three years.

Far-flung though they are on most days, all three children were there at the WNDU Studios Friday night to see their mother anchor her last show.

"What I'm most proud about my mother was her ability to devote enough time to her family," Patrick said. "You know, all the time in the world, family was the most important to her, and there was no question there.

"There was never a lack of understanding where her priorities were, but at the same time, maintaining this level of professionalism and integrity in her career, overcoming a lot of obstacles and doing it in such a profound way. I have a lot to be proud of my mother, but that is certainly one of the more significant."

"Even when she worked the late show, she'd always be home for dinner," Conor said. "We'd always eat dinner as a family. The only difference was, when I went to the grocery store, everybody knew my mom's name. But once I got used to that, it was pretty normal."

And it should come as little surprise that at least one of her children would follow in her footsteps.

Ryan is a photojournalist for a newspaper in Jackson Hole, Wyoming. His work has been published in National Geographic, the New York Times, Wall Street Journal and a number of other national publications. Like his mother, he has won several first-place awards, including Wyoming Photographer of the Year.

"I obviously was exposed to the news since the day I was born, but she suggested I go work for the student newspaper when I was down in Bloomington going to school down at [Indiana University], and so I did," Ryan said. "And here I am. But I think she raised all of us with this, obviously coming from her news background: teaching the importance of being truthful and the importance of fairness."

A simple decision to take an elective Mo's senior year put her on a path for a long career in TV news. A reckless decision by a complete stranger kept her in the business, perhaps longer than she intended.

"I think the plan was I was going to be the breadwinner," Jim said. "I think she eventually wanted to just stay home and raise the kids, but things didn't work that way. My accident kind of forced her in the main breadwinner role, so that was very difficult for her."

Jim had just gotten his Master of Business Administration degree and was interviewing for accounting jobs when a drunk driver crossed the center line, totaling Jim's compact car and leaving him with a severe head injury.

Mo's strength in the face of adversity is just another compelling reason that those closest to her – her family, her friends, her co-workers, those who know what she has been through and what she has done to hold her family together – have such great respect for Maureen well beyond her journalistic skills.

"I've always known Mo's true north is right, is the right way to do things, and I've always been very, very impressed with that," NBC News correspondent and former WNDU reporter Anne Thompson said. "It's not easy to do over 40 years, but she's accomplished that, and that is a magnificent accomplishment."

"Now that you have the time, what's next for Maureen McFadden?" Terry asked his sister.

"Well, first things first, I did tell Jim we're cleaning the basement, as I think we have every bit of furniture our kids have had in college piled in our basement that they don't want," she said. "Clean our closets, get the house in order.

"We really want to visit our kids more. You know, we've got two living quite far away and one that was, and is back now. I want to spend more times with my friends. They'll call me at work, and people in the newsroom know that. My phone will start ringing at 11:30 and I'll say, 'Uh-uh, I'm at work, girls. I can't talk.' So, I want to see more of my friends, I want to see more of my siblings. You and I see each other every day, but the other boys, not so much."

And while Mo will most certainly reconnect with friends and family, don't expect her to disconnect from the community she loves.

"I think so," Mo said. "Yeah, I think I'll stay on the Riley Foundation Board, I really believe in what they're doing. I hope to do some volunteer work, although I haven't decided right now what, but I have an inkling the things I would like to do to volunteer in the community."

And Mo admits there are some things that, well, she wants to do just for Mo.

"I just want to relax a little," she said. "I've got some things I'm thinking about, which is yoga, I'm going to try to keep working out and stay strong. I may take some art lessons. I used to be interested in art and kind of got away from it. So, some of the things you kind of push back when you're working and you're a full-time mom and a full-time employee. Just finding some of those things of interest that I want to do."

And for someone who has made a career of adeptly telling other people's stories, Mo couldn't have written a better ending to her own.

"I just feel extremely blessed and fortunate that I've been able to do this for as long I wanted to, and I'm also glad when I got to the point when I knew it's time, I didn't have to be told," she said. "I can't thank Michiana enough for welcoming us into their homes every night and staying in touch with us. I mean, that's one of the greatest joys."

This is the fifth and final installment of a weeklong series dedicated to remembering the illustrious career of our own Maureen McFadden. Here is where you can find our tributes to Mo from earlier this week: