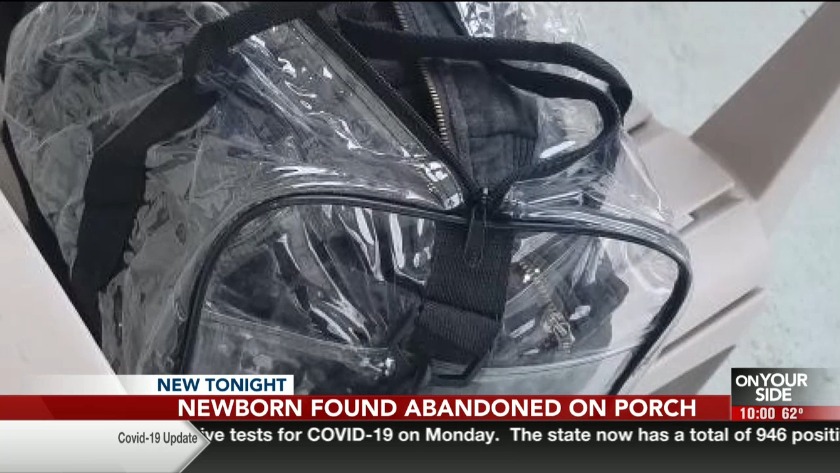 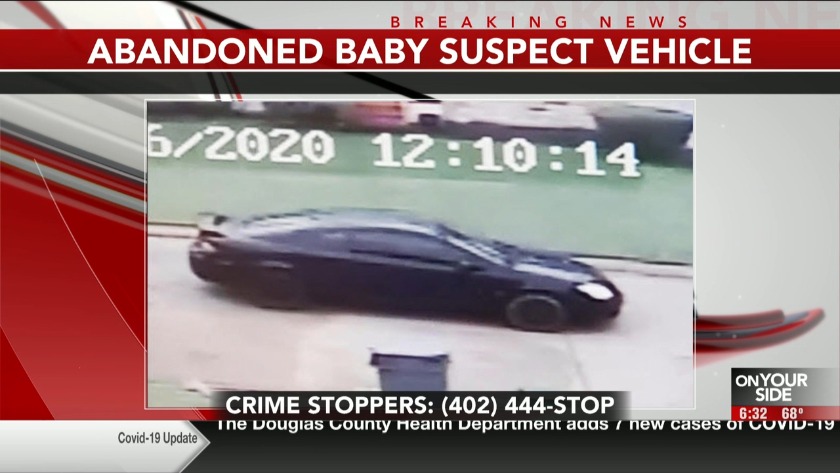 OMAHA, Neb. (WOWT/Gray News) - Out of concern for her well-being, police in Omaha, Nebraska, are searching for a woman seen leaving a package containing a newborn baby on a stranger’s porch, WOWT reports.

Omaha Police are looking for this vehicle in connection with a newborn baby who was left on a porch Monday morning, April 6, 2020, near 15th and U streets. Anyone with information is asked to call the Omaha Police Department's Child Victims Unit at 402-444-5636 or Crime Stoppers at 402-444-STOP (7867). (Courtesy of Omaha Police)

A Hispanic woman estimated to be about 20 years old was seen leaving a package at a home near 15th and U streets at 11:40 a.m. Monday, according to an Omaha Police Department report. She was seen getting into the passenger seat of what is believed to be a black two-door Pontiac, possibly a G5 model, with dark tinted windows.

The residents of the home, Vicent Cruz and his wife, found a newborn infant inside the package and called police, the report states.

The couple was watching TV when they saw someone leave the package on their porch and walk away. Assuming it was the car parts he ordered a few days ago, Cruz went outside and found a large plastic bag instead.

No part of the baby boy inside was showing, and not knowing what it was, Cruz called police.

When paramedics opened the package, they found the newborn, wrapped in a sweater and covered in blood with his umbilical cord still attached. He didn’t make a sound.

“When I realized it was a baby, it broke my heart," Cruz said. “I wonder, ‘Who did that at my house?’ If I know the person, I would like to talk to them. There are many options."

Cruz said he didn’t get a very good look at the baby boy but heard him start to cry. He said he thought of the mother who felt she had no option but to leave her son on a stranger’s doorstep.

“Who did that? Why? What’s going on? What happened with the mom? I hope that she is OK and looking for help,” Cruz said.

In Nebraska, hospitals like the University of Nebraska Medical Center offer help to new parents without the resources or ability to care for an infant. The Safe Haven Law allows parents with a child 30 days or younger to relinquish their parental rights and leave their babies in the care of hospitals without facing charges.

Read the original version of this article at wowt.com.

Wrapped inside this bag is a newborn baby. He’s now doing okay at the hospital weighing in at 7lbs. Hear from the couple who’s house he was left at tonight on @WOWT6News pic.twitter.com/YkmJMFAHWP