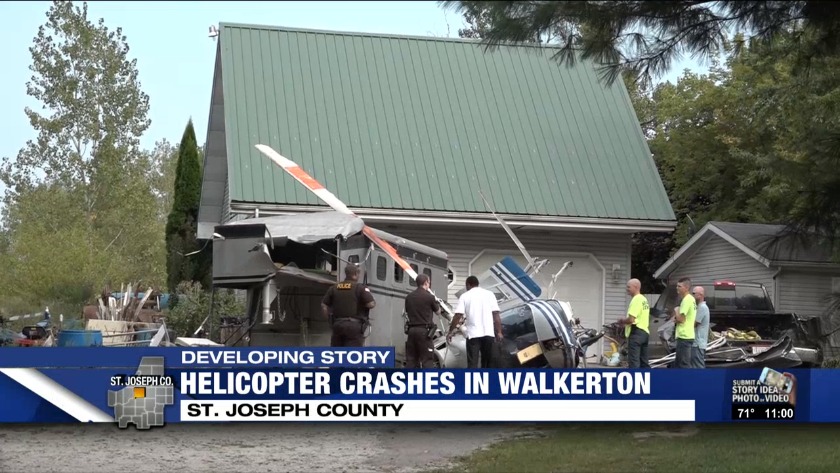 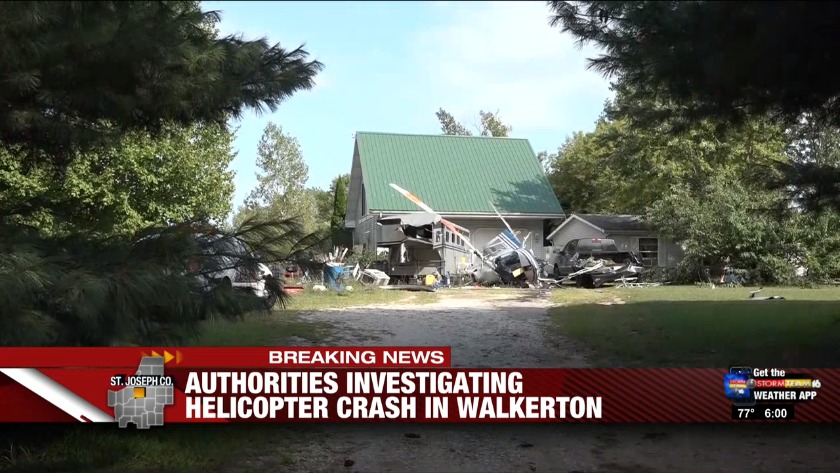 Polie were called to the scene around 2:15 p.m.

The pilot, who has been identified as 41-year-old Nathan Schrock, was the only one in the aircraft. Police said he was spraying a nearby field when the engine failed.

In a Facebook message, Schrock said, "My only thought was to get it safely on the ground without hurting anyone else. I salvaged the best possible outcome I could with the scenario I was given."

The agricultural helicopter, a 1979 Bell 206 B3, landed and crashed into a driveway, damaging a parked pickup truck and livestock trailer as the helicopter fell down onto its side.

Schrock also said he was uninjured.

"[I] was able to crawl from the aircraft under my own power," he said.

Linda Roush, who said she lives about 3 miles away, heard about this crash on Facebook.

"I'm thinking, 'Oh, my gosh!' I am just glad nobody got hurt, because that's a mess," Roush said.

The Federal Aviation Administration collected facts on scene Monday evening and will start its investigation soon.

"We will find out hopefully here once we get the aircraft to a facility where we can actually do an inspection of the engine to find out what’s going on. ...We look at certain signatures -- how the aircraft may have landed, whether it was a hard landing, whether it was a soft landing. …There’s a lot of things that go into the investigation," FAA aviation safety inspector Dwayne Hudson said.

The National Transportation Safety Board will also be investigating.