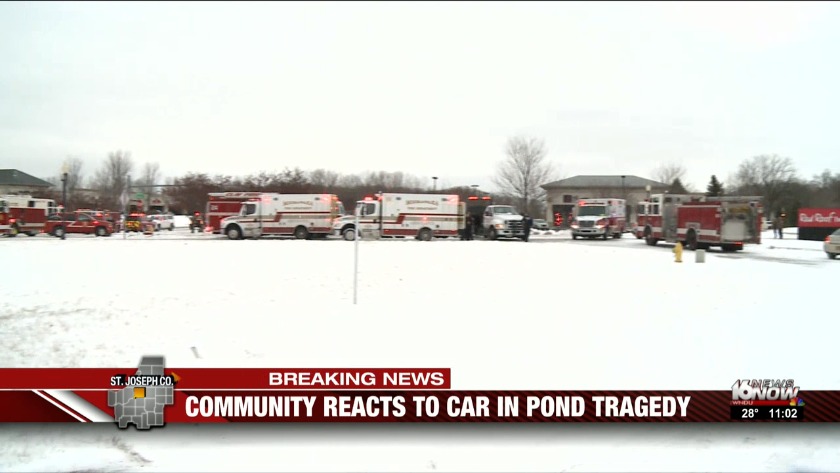 2 dead, 2 in critical condition after car pulled from pond 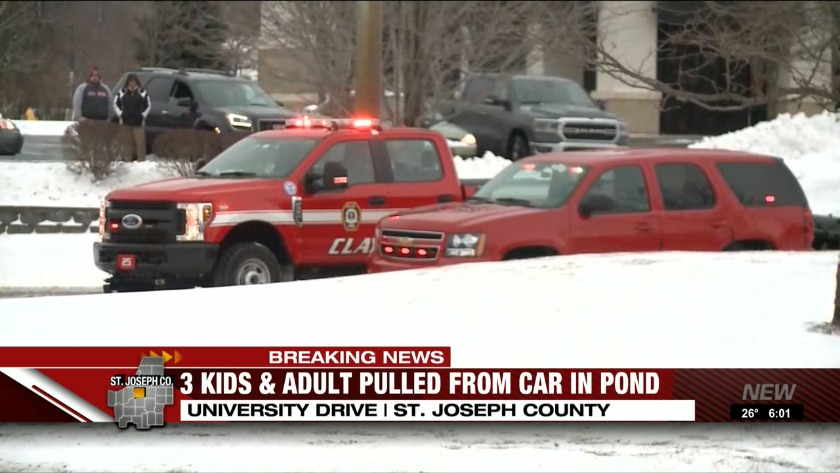 ST. JOSEPH COUNTY, Ind. (WNDU) Emergency crews pulled three kids and an adult female from a car that was driven into a pond on a busy retail strip Tuesday.

We are now learning the driver 31-year-old Brooke Kleven of Granger failed to follow the curve and slid off the road.

This happened near the Red Roof Inn along University Park Drive just east of Costco and west of Fir in St. Joseph County.

Kleven and three of her children were removed from the car.

Kleven and a three-month-old infant were taken to the hospital and are fighting to stay alive as of Thursday morning.

Four-year-old James Kleven, and two-year-old Natalie Kleven died after being taken to the hospital.

The car was fully submerged in water when first responders arrived.

"Divers are spaced out all over the city. We did have divers on the north side and they were the first ones to go in. And then as the trucks came in and more divers arrived on scene, we put more divers in the water," said Assistant Chief with the Mishawaka Fire Department, David Ray.

According to St. Joseph County Coroner Mike McGann, the two who died both died from drowning.

The driver was traveling eastbound before entering the pond.

Nearby residents and business owners reacted to the incident.

"It was very scary. I pulled up and happened to see all these ambulances and fire trucks here. I knew it was a very serious situation, and I panicked for whoever was out there. I was praying for them," said resident, Kyle Maupin.

"We went outside and there was already a small group gathered down by Judee's and Temper Grill. Some of our tenants here had been out and saw what had happened," said CEO of Impress Jewelry Creations, William Martin.

Martin commented on the area where the incident happened.

"You know, it's busy traffic, that curve is terrible, especially when it is as slippery as it is out today. In a time like that you just go back and think about family," Martin said.