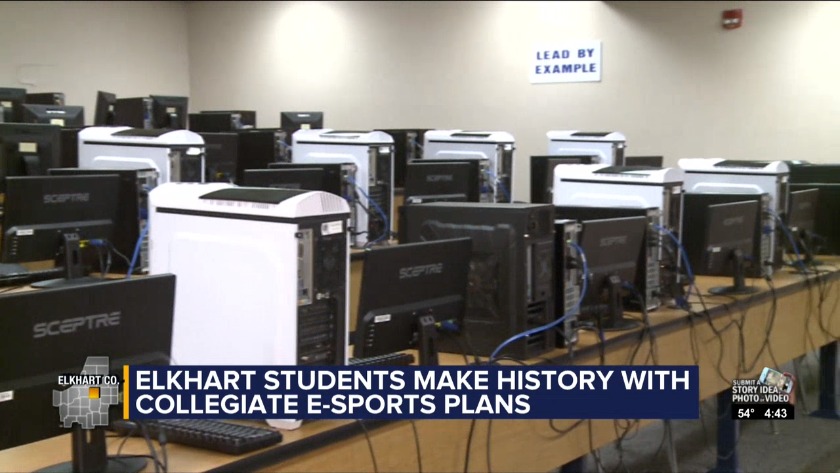 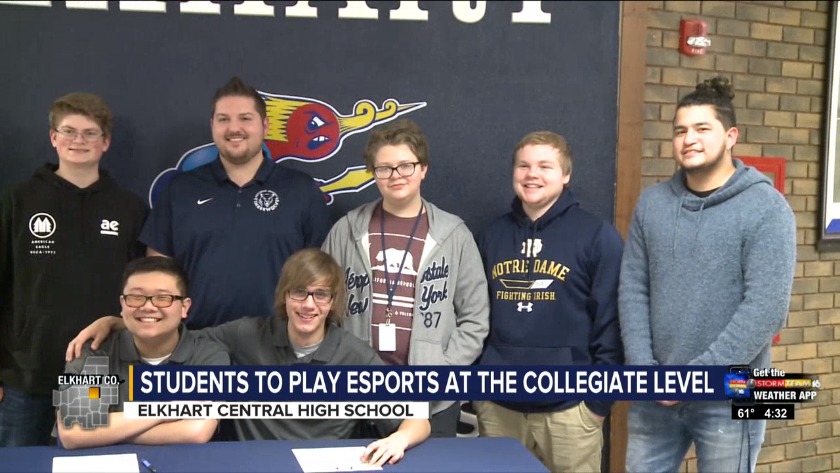 ELKHART, Ind. (WNDU) - Two local gamers are taking their gaming talents to the next level: college.

Seniors Robert Izbicki and Kevin Wu are the first students at Elkhart Central High School to sign a letter of intent, receiving scholarships from Northwood University to play esports at the collegiate level.

The high school launched its esports program, Elkhart High Elite, just more than a year ago. It is a coed team that director Steven Robinson Jr. says operates like any other athletic team.

"They're able to letter in this, put it on their varsity jacket and we're able to make it as team-oriented as we possibly can for our kids," Robinson said. The team trains just like any other athletic team. "We lift weights twice a week, we do ab workouts every Saturday and team activities," said Robinson.

"I never expected it," Izbicki said. "Everyone only thinks academics and athletics are the way to get scholarships, but the fact that something I've been doing my whole life and will be doing regardless of getting a scholarship still hasn't sunk in yet."

Izbicki is planning to major in cyber security in college and using his gaming skills for good, protecting technology users from hackers.

Wu said after contemplating going to veterinary school, he decided gaming was truly his passion. He hopes to one day work in the gaming industry and said the opportunity to compete at the collegiate level will help him reach his dreams.

"Esports isn't going away anytime soon," Robinson said. "Parents can't pay for college like they used to, and being able to elevate that pressure with having a scholarship for four years is huge, because it's not coming out of your pocket."

"Parents need to get on board," Robinson said. "I get that there's this mentality that video games rot your brain, but that's untrue. I think its important to realize a lot of our kids don't have all these crowds of friends. This gets them in that mode."

Laville Schools delivering free meals to children of all ages

Laville Schools delivering free meals to children of all ages