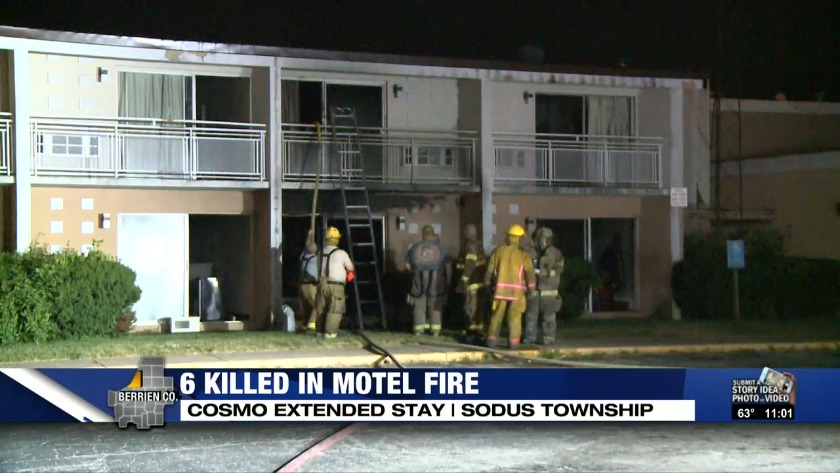 Neighbor speaks out after 6 killed in motel fire 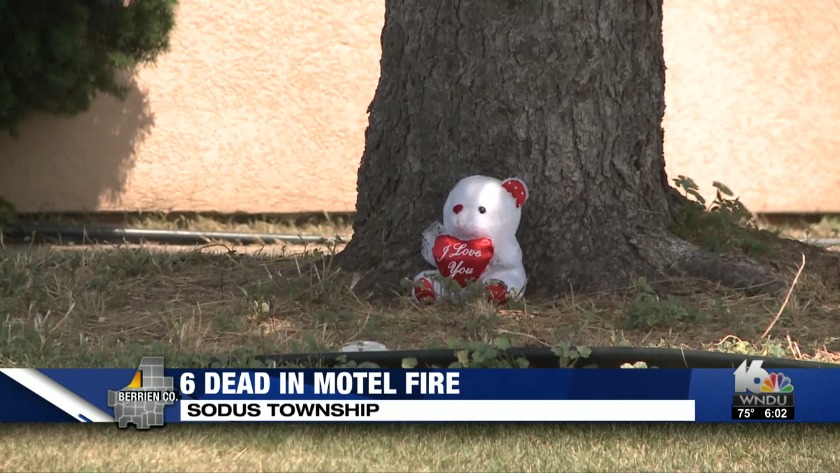 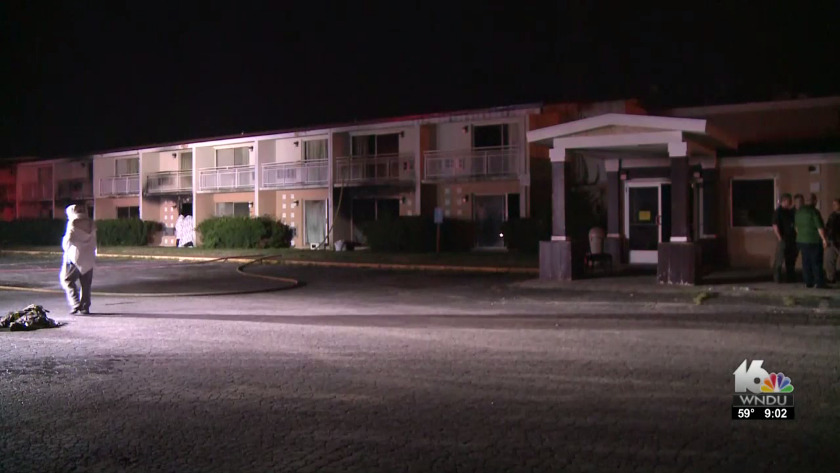 Mother and her 5 children die in Berrien County motel fire

BERRIEN COUNTY, Mich. (WNDU) A mother and five of her children are dead after a motel fire in Berrien County.

The Berrien County Sheriff's Department confirmed Sunday that all six died as the result of smoke inhalation.

The adult female victim has been identified as 26-year-old Kiarre Curtis.

The five children who died in the fire range in age from 2 to 10 years old. They were identified as Marquise Thompson, 10; Gerome Randolph, 7; Samuel Curtis, 5; Savod Curtis, 4; and Avery Curtis, 2.

Early Saturday morning, he watched as everything he's worked for went up in smoke

"So I'm in the room, down from the fire," he said. "And it destroyed everything I own. But the fire just got too hot, too fast."

Payne woke up after hearing someone yell "Fire!" But by that point, the fire was already out of control.

"It burned fast; it burned too damn fast," Payne said.

Payne said the Curtis family had just moved to the hotel six months ago.

"It was a bad sight, especially when they started bringing them out one at a time," he said.

"All of them gone now," he continued. "I used to play with them, have fun with them. But I'm going to miss the hell out of them. Good God."

The preliminary investigation by the Michigan State Police Fire Marshall Division and the United States Alcohol, Tobacco and Firearms Division reportedly indicates that the fire was accidental and began on the first floor, likely in room No. 135.

Police say there was no indication accelerants or illegal narcotic manufacturing contributed to the fire.

A private security company also has been contracted to test the fire alarm and smoke detector systems at the motel. Results of those tests were not immediately available.

Payne said he didn't hear any smoke alarms go off, something investigators have taken extra measures to look into.

"We have heard rumors that the smoke alarms were … not working," Berrien County Sheriff's Office Chief Deputy Robert Boyce said.

The six people killed in the fire were not in the room where the fire appears to have begun; they were staying on the second floor of the motel.

The official autopsies for the six victims is scheduled for Sunday.

At the time of the fire, 27 of the motel's rooms were occupied. Approximately 90 percent of the rooms sustained smoke, fire or water damage.

The American Red Cross of Southwest Michigan has opened an emergency disaster shelter at Upton Middle School at 800 Maiden Lane. The Red Cross says the shelter will remain open for as long as needed. People affected by the fire may call the Red Cross at 269-985-3574.

"I've heard in this community how much people come together and unite when disasters like this happens," American Red Cross volunteer Tyler Hussey said. "And that's one of the best things about volunteering and being a part of the Red Cross is everyone just comes together and hearing the gratitude."

For anyone looking to help out the victims and residents of the hotel, the Red Cross is asking donations be sent to Six Degrees Resale Store in downtown Benton Harbor.

For Robert Payne, he will be staying at the shelter for the time being and is trying to figure out if there is anything to salvage

Each member of the Cosmo family is overwhelmed by the tragic loss of six lives early this morning at our Cosmo Extended Stay location.

We ache for loss of Kiarre Samuel and her five children, as well as for the family who must go on without their loved ones.

We must find out the cause of this fire and make sure nothing like it happens again. We are working with the fire and public safety investigators to get to the bottom of this tragedy.

We are also working with the Red Cross and to provide shelter to our residents who were staying with us.

We will not have further comment in the immediate future as we are directing our energy toward the situation at Cosmo Extended Stay."

Amish Acres to reopen under new ownership by Easter

Man charged with intimidating police to be sentenced Tuesday

Amish Acres to reopen under new ownership by Easter