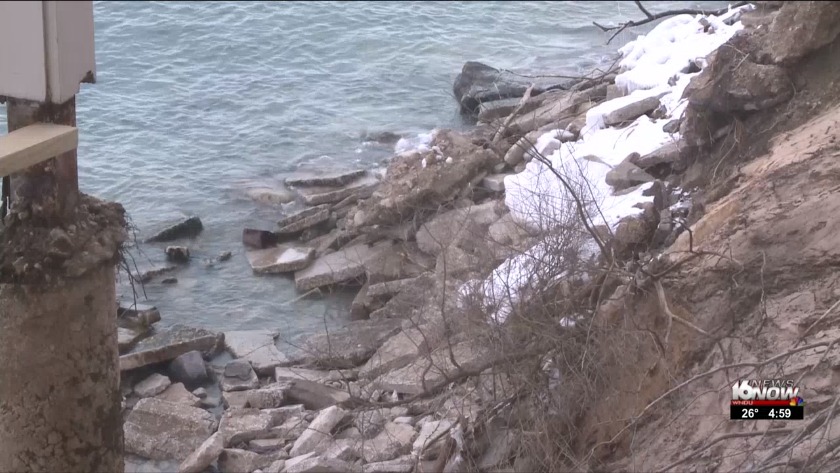 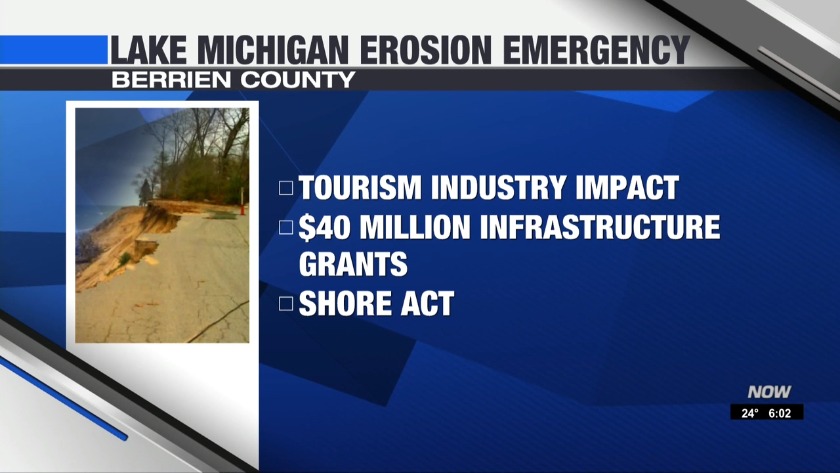 Upton says that the problem here is bad and is only going to get worse but mentions funding and plans are in the works to help fight rising lake levels.

"We've had, I think, more rain in the last six months, more precipitation than we have in a normal year, so our rivers, our lakes are really swollen," Upton said.

He took the opportunity to announce new developments in a plan to combat high water levels and erosion along the lakeshore.

Upton said that on Wednesday he spoke with a member of the International Joint Commission, or IJC. That commission will have $3 million between the U.S. and Canada for the Great Lakes Adoption Management Plan.

"Part of this money that Congress approved is going to be looking at what can we do about these levels,” Upton said.

The IJC will be looking at several options to fight the rising water levels and devastating erosion.

"Three times since 1940, they've been able to stop two rivers, diverting water from Lake Superior. They're going to be looking at that again, actually stopping from adding to the Lake Superior flow,” Upton said.

That could also include draining the Great Lakes to bring levels down.

"Working with the St. Lawrence River Authority and then increasing the flow that goes through Niagara Falls,” Upton explained. "They believe they can increase that flow and still have it be safe."

And back in the House of Representatives, Upton hopes to get the SHORE Act passed. It is a bipartisan bill designed to help protect recreational infrastructure along the Great Lakes.

"This would require the [Army] Corps of Engineers to study the economic impact of recreational harbors as they look to try and assist, whether it be permitting or other different things they might be able to do throughout the Great Lakes," Upton said. "These high water levels are unprecedented, and as they confessed several weeks ago, they're only going to get higher."