Buttigieg reacts to Senate vote not to hear from new witnesses 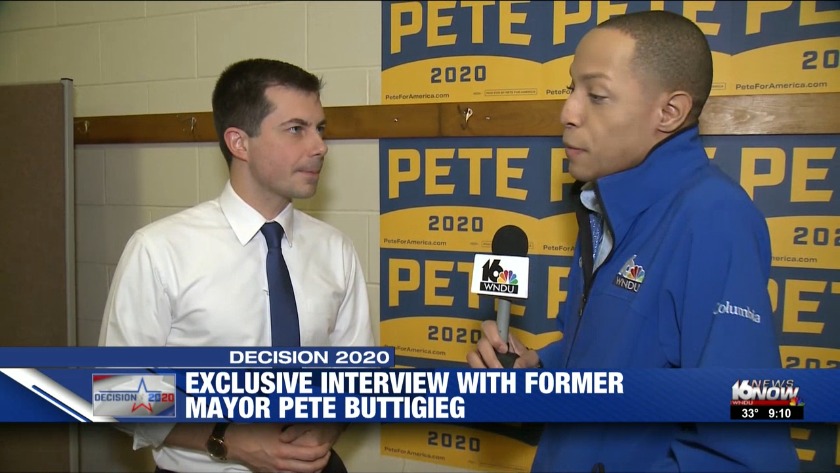 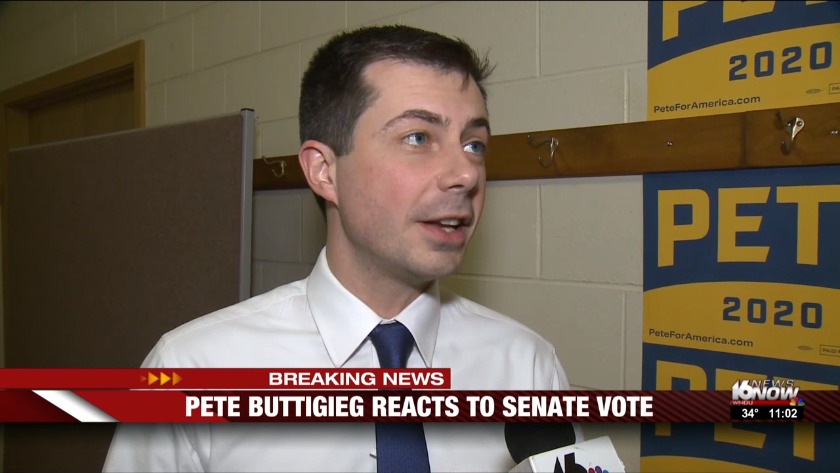 Buttigieg reacts to Senate vote not to hear from new witnesses

The Democratic presidential candidate and former South Bend mayor spoke about the vote in an exclusive interview with 16 News Now's Joshua Short after a town hall meeting in Clinton, Iowa.

Buttigieg started his busy Friday on the western edge of Iowa near Omaha and ended it in Davenport on the banks of the Mississippi River.

There's no question he was traversing the Hawkeye State in hopes of gaining support prior to the first official 2020 contest, the Iowa caucuses.

"It's frustrating. You know, if you want the truth to come out, if you want a fair trial, you would think that you'd want as much evidence as possible and witnesses who could shed light on the situation," Buttigieg said. "But the reality is, I think, for the Senate GOP, this is a political process, not a real trial – all the more reason to remember that if that seems discouraging looking at Washington, they might be the jurors right now, but we're the jurors tomorrow. And the message that I have for voters everywhere is that, at the end of the day, in 2020, we get to decide on a president and on an awful lot of senators too."

For the full one-on-one interview with Buttigieg, tune in to 16 News Now Saturday Morning.