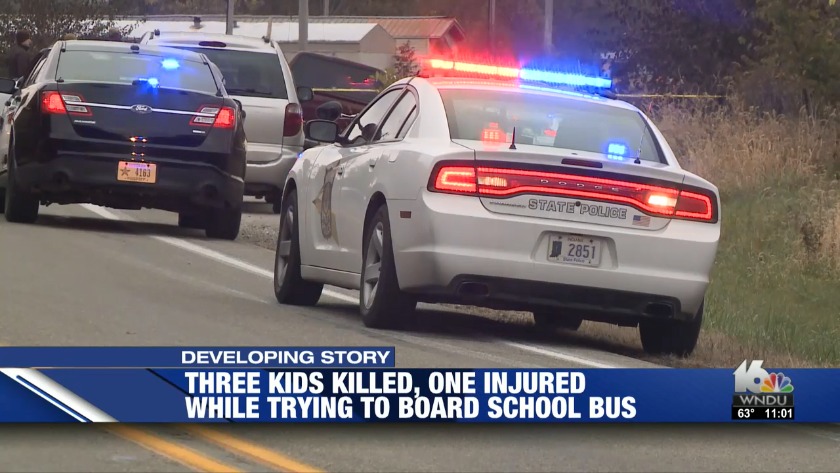 Community still in shock after three kids killed in accident 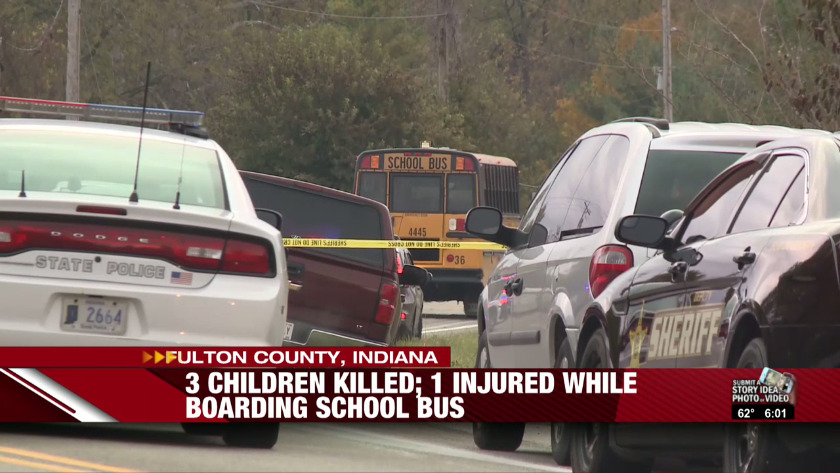 Community still in shock after three kids killed in accident

The driver of the truck, Alyssa Shepherd, 24, of rural Rochester, was arrested Tuesday afternoon. She has been charged with three counts of reckless homicide and one count of passing a school bus with its safety arm extended and causing injury.

Indiana State Police confirm Shepherd had her two young children in the truck at the time of the collision, as well as her younger brother, who police say is a minor. None of the passengers was injured.

Shepherd bonded out of the Fulton County Jail Tuesday evening.

The three children who died are from the same family. They have been identified as 6-year-old twin boys Xzavier Ingle and Mason Ingle, and their 9-year-old sister, Alivia Stahl.

A fourth child was injured and airlifted to a Fort Wayne hospital. He was identified as 11-year-old Maverik Lowe. He suffered multiple broken bones and injuries. Police say he was conscious at the hospital and is not related to the other children who were hit.

"This school has been warned, this has been an issue, we have said this before," Ingle said. "They've made complaints, other parents. It's not safe to walk a child across a highway, especially at that time because everyone's going to work at that time."

Police have confirmed the children were boarding the bus, and the stop-arm was out at the time. A 2017 Toyota Tacoma headed the opposite direction hit the children.

At least three kids were on the bus at the time.

The area where the crash happened is in the Tippecanoe Valley School Corporation. Police confirm the deceased siblings attended Mentone Elementary School in nearby Kosciusko County.

The Tippecanoe Valley School Corporation released the below statement following the crash:

Our school corporation has suffered a tragedy this morning. We have learned of three student fatalities and one student seriously injured and airlifted to a Fort Wayne hospital as they were hit by a vehicle while boarding their bus.

We have deployed all school counselors to meet the emotional needs of our staff, students and parents.

We are awaiting to learn more confirmed details but wish to ask the community to come together to pray for the families, our students and our staff.

Words cannot express the depth of sorrow Janet and I feel, which only pales in comparison to what family, friends, teachers, classmates and community are feeling right now. Today, and for many more to come, we mourn their loss. I ask Hoosiers around the state to join us by sending your deepest prayers for the strength needed to endure such a time.

A neighbor who did not want to be identified reports hearing the bus horn Tuesday morning. After her dogs began acting oddly, she walked outside to see what happened.

"I walked up to one of tenants in the trailer park. And I asked, 'What happened?' I turned my phone off right away because I didn't...I didn't want to videotape that. Three -- I'm not going to say her name -- three of her kids were killed instantly," the neighbor said.

The neighbor believes speeding is a major issue on her stretch of Indiana 25. She said her son was hit in the past while pulling into the driveway.

"Hopefully, (today's crash) has some kind of positive outcome to get this slowed down here because this is crazy," she said. "This is crazy that three kids had to die. It shouldn't have happened."